A loss might have helped the Notre Dame men’s basketball squad last week, but one on Saturday was costly. That’s because it almost dropped the Irish out of the Top 25 rankings. They now find themselves ranked 24th in the Coaches Poll and 25th on the AP list. They’ll likely have to wait until ACC play gets going to move up.

Only one game was on the Notre Dame schedule last week, though it was another battle against a Top 25 squad. The Irish came up on the wrong end of an 86-81 score in the Crossroads Classic, which marked the second consecutive loss for Mike Brey’s squad.

Just like their loss to top-ranked Villanova one week earlier, Notre Dame’s strong first half faded into a second half slide that ended in defeat. The Irish held a 52-38 halftime lead and looked to be in control of the game.

However, a slow start after the break immediately tightened things up after Purdue scored 12 of the first 14 points to make it a four-point game. Notre Dame would lead by as many as eight at 65-57, but then watched the Boilermakers run off 10 unanswered points to take the lead.

A Bonzie Colson jumper with 10:03 remaining tied the game back up, only to see Purdue take the lead for good just 22 seconds later. Matt Farrell’s layup with 55 seconds to go got the Irish within three at 84-81, and after a Boilermaker turnover with 31 seconds left, Notre Dame had a chance to possibly tie the game.

In what’s become a weekly tradition, Colson put up another strong performance. In 31 minutes, he racked up another double-double with 23 points and 10 rebounds. For good measure, he made his presence felt on the defensive side with two steals and a pair of blocked shots.

Playing 39 minutes against Purdue, Farrell managed to also collect a double-double by scoring 22 points and dishing out 10 assists. He also led the Irish with a trio of three-pointers and also contributed five rebounds to the Notre Dame cause. All three of the stats marked season highs for the junior from Bridgewater, New Jersey.

The Irish were thriving during the first half against a lineup that included 7-2 Isaac Haas. After Purdue came out for the second half, their lineup got smaller, with 6-9 forward Caleb Swanigan becoming the central plan of their attack. His 13 points durig the final 20 minutes were supplemented on defense by four blocked shots.

Whether or not going small becomes the blueprint for teams when facing Notre Dame, the Irish need to take steps to make sure that they’ll be able to adapt. There’s still two games remaining before ACC play begins that can allow then to work out these glitches.

A quiet week leading up to Christmas has only one game on the schedule. That one takes place at home against Colgate, a contest that should put Notre Dame back on the winning track. After that, it’s nine days until their next matchup, this one against St. Peter’s on December 28. 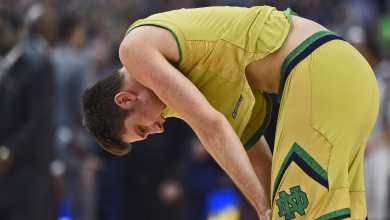 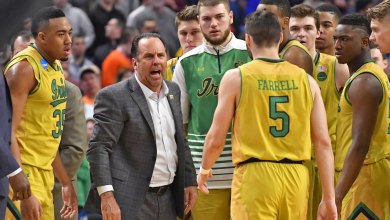 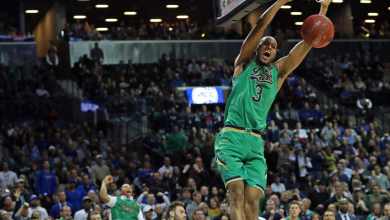