Despite suffering a pair of potentially devastating injuries to key personnel, the Notre Dame Fighting Irish men’s basketball team found a way to win both its contests last week. The two victories couldn’t have been more different in tone, with the first being a rout in front of a friendly South Bend audience and the latter matchup coming down to the wire in surroundings that have historically been unfriendly to the Irish.

Despite the two wins, Notre Dame is still trying to get back into the Top 25, which will be difficult for the remainder of the regular season due to the aforementioned injuries. The first, Bonzie Colson’s broken left foot, is expected to keep the double-double threat out until early March. Meanwhile, Matt Farrell continues to rehabilitate the injured ankle he suffered in the easy victory over the Wolfpack of North Carolina State.

One day after getting the bad news of Colson, Notre Dame managed to build a 12-point halftime lead over North Carolina State before turning the game into an 88-58 blowout win. The key stretch came during a 17-2 Irish run that started the second half, with Notre Dame holding the Wolfpack to 27 percent shooting from the field after the break.

The only bad news on the evening came in the latter portion of the first half, when Farrell was forced from the game by his ankle trouble. At the time of his injury, he had put up his standard numbers of nine points, four assists and two steals, but the injury was enough to keep him out of the Syracuse clash.

Despite not having their two key weapons in such inhospitable territory, the Irish still found a way to defeat the Orangemen, 51-49, at the Carrier Dome. Rex Pflueger broke a 49-all deadlock with 2.6 seconds left to deliver the game-winner, which came in a contest in which Notre Dame shot just 30 percent from the field.

However, the Irish controlled the glass, with a 42-27 advantage in that area. In addition, they kept Syracuse off the foul line, limiting them to just six attempts on their home court. During a sloppy first half of play on both sides, Notre Dame could only muster 19 points on the scoreboard.

Notre Dame Standouts of the Week

Stepping up in both games, Gibbs scored 40 points in the two victories, while also grabbing 11 boards and dishing out nine assists. Without his offensive punch in the first half against Syracuse, the Irish might have come close to being shut out. That’s because he scored 14 of the team’s 19 points on 5-of-10 from the field, while his teammates only managed to connect on one of their 19 field goal attempts during that time.

Pflueger’s game-winning layup accounted for two of his 28 points on the week, with his 11 assists helping to fill the hole left by Farrell’s absence. Pflueger and Gibbs were the lone Notre Dame players to score in double figures during both of last week’s games.

Though Geben only scored 14 points during the week, his presence in the paint accounted for 27 rebounds and he also found time to dish out six assists. While the rebounding number stands out, one of Geben’s three steals against Syracuse helped set up the game-winner for the Irish.

A pair of challenges await Mike Brey’s squad this week, beginning with a return matchup against the Georgia Tech Yellow Jackets on Wednesday. This contest will be a road battle after the Irish came away with a 68-59 victory on December 30 to start off the ACC portion of their schedule.

That’s followed by a home battle against 20th-ranked North Carolina, which has presently dropped its last two games. They’ll be coming off a Tuesday night home clash against Boston College. Since Notre Dame became an ACC member, the two teams have each won a game at Notre Dame, including an 80-76 Irish win in 2016.

Notre Dame Justified In Ending Their Pursuit Of Mike Elko 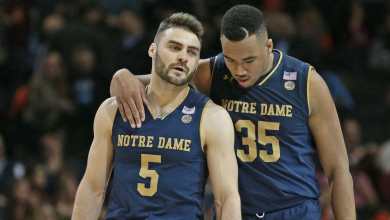 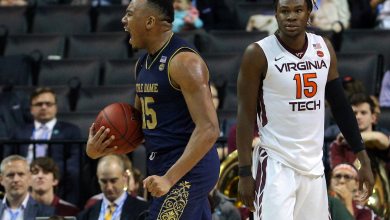 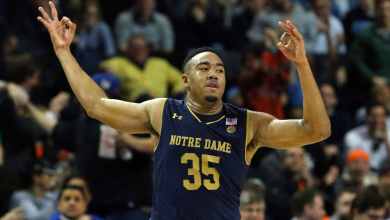 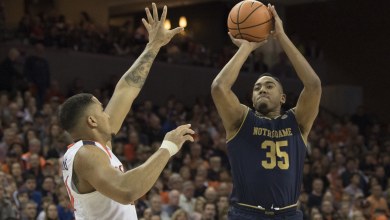