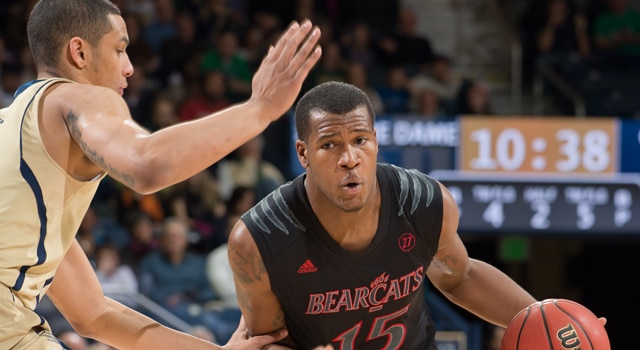 The Notre Dame basketball team has gotten seriously defensive in the last week.  On Monday night the Irish set a school record for fewest points allowed in a Big East game with 42 in a win over Pitt.  That record lasted all of six days with the Irish besting that by a point with a 62-41 win over Cincinnati Sunday at Purcell Pavilion.

The Irish didn’t need all that much scoring help Sunday afternoon though.  Notre Dame’s defense held the Bearcats to just 41 points as Cincy connected on just 31.5% of their shots while getting out-rebounded by Notre Dame 41-25.  The 41 points Cincinnati scored were the fewest they scored in a single game this season.

While their defensive output was right in line with what they did Monday night in Pittsburgh, the Notre Dame offense was not nearly the same that we saw earlier this week.  Against Pitt, the Irish struggled to get their offense going – and that is putting it mildly.  Notre Dame hit just 1 of the their first 19 shots against Pittsburgh and trailed 19-3 before going on a run.

Against Cincinnati on Sunday though, the Irish hit their frist four field goal attempts and never looked back.  Cincinnati made a couple runs throughout but the Irish were comfortably ahead by double digits for the majority of the game.

With the win the Irish improved to 22-6 on the season and 7-2 since Scott Martin’s injury.  Speaking of Martin, CBS mentioned during the telecast that his return to the lineup could be right around the corner.

Notre Dame is still just on the outside of being in the top 4 in the conference and earning a first round bye in the Big East Tournament, but will have opportunities to knock out two teams currently ahead of them in the standings with tough road contests against Marquette and Louisville left over the final three games of the season.

Marquette will be next up for Notre Dame with the Irish traveling to take on the Golden Eagles on Saturday @ 2:00 on ESPN.  Marquette is coming of a road loss to Villanova Saturday night and have a date with #8 Syracuse tomorrow night before preparing for the Irish.