With plenty of potential starters banged up this spring, there is definitely the chance for someone to come out of nowhere to win MVP honors or have a big game this weekend. Kerry Neal, Michael Floyd, Golden Tate, Duval Kamara, Deion Walker, Darius Fleming, and Trevor Robinson have all missed time at one point or another this spring. If any of them are not 100% by Saturday, it’s a safe bet that they won’t see much, if any, playing time in the Blue/Gold game.
Here’s a few players who could have big games this weekend who haven’t played much so far or who might start the 2009 season farther down the depth chart. 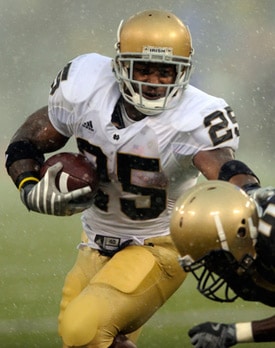 On the flip side, here are some players who are projected to be starters or major contributors in 2009 who have yet to see much action, but could be ready to break out. 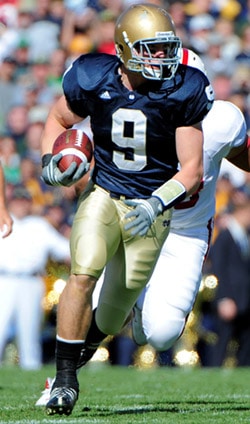 Who do you think could end up being a surprise MVP this weekend?  Let us know in the comments.