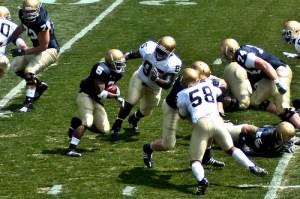 Here’s some thoughts from the Blue/Gold game on the defensive side of the ball.

No Commitments from B/G Weekend Yet