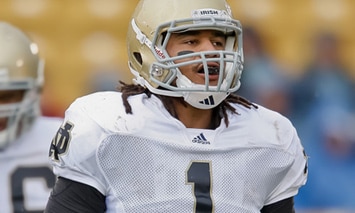 This year’s freshmen have received their numbers that they will start their Notre Dame careers with.  Here’s a quick look at who will be wearing what numbers and a little background on the numbers themselves.

For those of you keeping track at home, Notre Dame now has 7 numbers occupied by multiple players.