Notre Dame, IN – With the second full spring practice season under Brian Kelly officially concluded, the quarterback position for Notre Dame remains as cloudy as the weather in South Bend yesterday for the 82nd annual Blue-Gold Game.

Heading into Saturday’s game, the plan was for Tommy Rees and Dayne Crist to only play a few series before giving way to Andrew Hendrix and Everett Golson.  Neither quarterback was particularly sharp early on, however, and both ended up playing into the second quarter to the surprise of color commentator Mike Mayock.

The weather conditions didn’t do either Crist or Rees any favors, but at the same time, the weaknesses of both were evident in their limited action.

Crist played well at times last season before injuring his knee against Tulsa, but consistency and accuracy plagued him in his nine starts.  The same issues were present yesterday with Crist throwing a few passes in the dirt and struggling to find much consistency.

Rees on the other was pretty accurate but didn’t show much in terms of arm strength despite rattling off an impressive four game winning streak to end the season for the Irish.  That lack of arm strength was seen yesterday again with the few downfield throws Rees attempted.  Rees also showed some questionable decision making resulting in a Lo Wood interception.

Notre Dame’s other two scholarship quarterbacks – Hendrix and Golson – saw a lot of action yesterday and both had their moments, but both also looked raw and in need of some more work before being ready to seriously challenge either Crist or Rees for the starting job this fall.

Golson displayed his athleticism and it’s easy to get excited about his potential to run Brian Kelly’s offense, but he looked very much like an 18 year old who would be getting ready for the prom in a few weeks if he didn’t enroll early at Notre Dame.  Golson was quick to run, even when the pressure on him was more perceived than real.  He also displayed some sloppy ball handling habits like not moving the ball to his outside arm when running out of bounds.

Still, it was clear that Golson has a lot of potential and could conceivably have a package developed for him as a change of pace quarterback.

Hendrix’s speed and athleticism were on full display as well with the sophomore to be running in a pair of touchdowns.  Hendrix threw the ball well too completing 10 of 16 passes.  Like Golson, he is still very raw at this point though and it might be a stretch for him to seriously challenge for the starting spot this year.  The talent is definitely there though.

For now though, it looks like the real competition for the starting job against South Florida will come down to Crist and Rees.  Who that ends up being is still very much in the air as neither did enough to separate from the other during the spring. 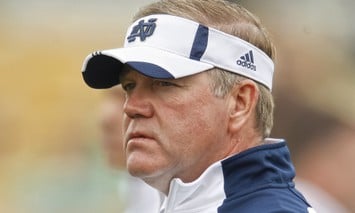 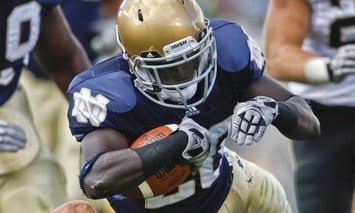