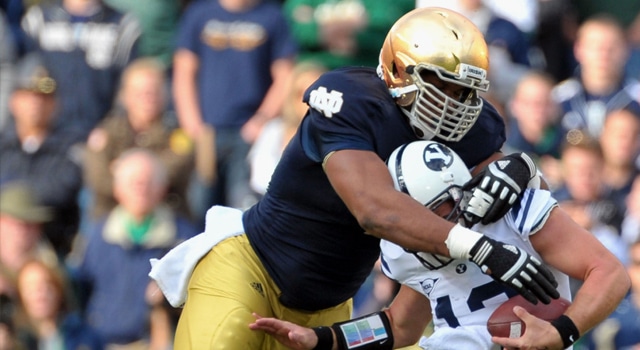 For a couple of quarters it looked like Notre Dame was going to fall victim to a classic let down/trap game.  Coming off an emotional win over Stanford and with a showdown with Oklahoma on the horizon, the Irish came out flat against an inspired BYU team that nearly made enough plays to derail Notre Dame’s undefeated season.

A ground game that came alive in the second half and a defense that survived the first two offensive touchdowns it had allowed in 17 quarters, however, powered Notre Dame to its first 7-0 start since 2002.  Here are some initial thoughts on the Irish’s latest victory.