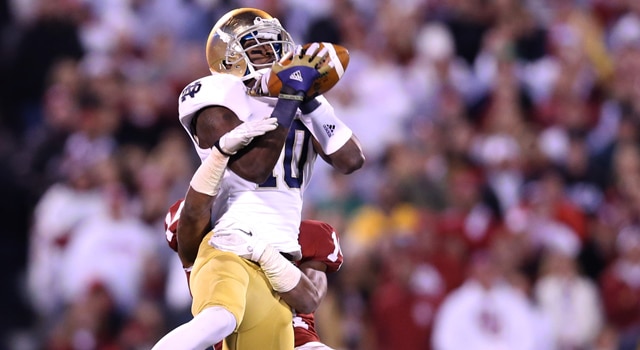 Wow.  It’s the morning after and I am honestly still having trouble putting into words my thoughts about this game, this team, and this season.  It has been just about 19 years since I remember feeling this good about a Notre Dame team and feeling this good after a Notre Dame win.  If I had to describe last night’s win in a word though, I think I’d have to go with “awesome”.

This team is just fun to watch and after some awful years of football, this team has made Saturdays fun again.  We’ll have much, much more on this game, but here are some initial thoughts as I am rewatching the game with a grin from ear to ear this morning.