Notre Dame kicked off spring practice this week.  Unfortunately this week was ridiculously busy so today I’m going to be going through some spring cleaning and catching up on all of the news from the week – starting with some spring position moves.

Earlier this month news began circulating that rising sophomore Troy Niklas was practicing with the tight ends in voluntary off-season drills.  Tuesday Brian Kelly made the move official during his first press conference of the spring.

The move gives Notre Dame some flexibility in terms of where they can move playmaking tight end Tyler Eifert.  “We felt like he’s a young man we want to get on the field, and it gives us a lot more flexibility with Tyler Eifert. Now you could possibly see him moving to a number of different positions,” explained Kelly.

Kelly and the Irish staff felt comfortable about moving Niklas to offense after a promising freshman season on defense because of the depth they have developed at outside linebacker.

“I think it says more about what we’re looking for in terms of the depth of the positions. We feel like we’re pretty good at the outside linebacker position that we had the ability to make that move. We certainly couldn’t make it unless we felt comfortable with our outside backer position. And as you know, we increased that depth by playing another safety at that position, as well,” said Kelly on Wednesday.

Niklas is a physical specimen and very likely could develop into the next in a line of great Notre Dame tight ends if he can pick up the nuances of route running.

Cam McDaniel switches over to cornerback

Notre Dame took a major hit at corner at the end of the recruiting cycle with Ronald Darby decommitting in January and then Tee Shepard leaving Notre Dame earlier this month after enrolling early at the mid-term.  Those losses combined with the graduation of both Gary Gray and Robert Blanton left Notre Dame in a precarious situation at the position so it was clear someone would have to move to corner to provide some depth.  Enter rising sophomore Cam McDaniel.

McDaniel came to Notre Dame as a running back and played a little as a true freshman, but with an influx of talent at running back/slot wide receiver thanks to the transfer of Amir Carlisle and the commitments of Davonte Neal and , the Irish staff could afford to move McDaniel to corner where he will add some size at 5’10”, 195 lbs and depth.

“We moved Cam McDaniel over there (to corner) to feel more comfortable with somebody that we’d get a chance to work with in the spring, than have somebody come in from camp,” said Brian Kelly earlier this week referring to moving McDaniel to corner as opposed to moving one of the incoming freshman to corner when they report for fall camp this summer.

According to Irish Illustrated, secondary coach Kerry Crooks is high on McDaniel after the first couple days of spring practice.  “He’s athletic enough and tough enough and physical enough to come over there and do the job we need at corner, which is why we made the move. He’s been there for two days and he’s acted like he’s been there for two years. The only thing that stands out about him is from a technical standpoint, he doesn’t know what he’s doing yet, but he’ll get there.”

Time will tell if the move will work out for McDaniel or the Irish secondary, but Kelly’s rationale of moving someone to corner now instead of waiting until the summer is sound.  If McDaniel doesn’t pick up the position by the end of spring he can move back to running back and nothing is really lost.  McDaniel played last year and spent his entire high school career in a spread offense so the lost practice shouldn’t effect him too much.

Kelly also left open the possibility of moving one of the incoming freshmen to corner if necessary as well.  “I wouldn’t rule out that we couldn’t move somebody there, but I feel more comfortable as the head coach that we get a chance to work with somebody in the spring than throw somebody in there in camp.”

Matthias Farley Moves Back to Defense

A third rising sophomore, Matthias Farely, is switching positions as well moving back to defense after switching to offense upon reporting to Notre Dame last year.  Recruited as a safety, Farley was moved to wide receiver because of a lack of numbers at the position last season.

“Well, we thought initially that he was going to be at the safety position, but our numbers were so low at wide receiver last year that we had to take a load,” said Kelly.

Because the staff felt like Farley would not play as a true freshman last year, he became an obvious candidate for a switch for the 2011 season.  “We had an idea that we were going to red shirt him excuse me, that he was not going to play this year, that we weren’t going to get him on the field this year. So we needed some help at the wide receiver position, just to keep the reps off of some of the front line guys,” Kelly explained.

Amir Carlisle Out for Spring, Other Injury Updates 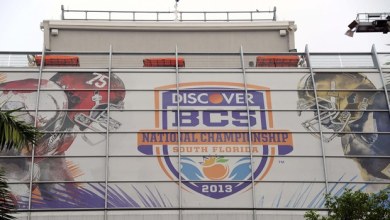 Wake Up the Echoes – Ready to Rumble Edition 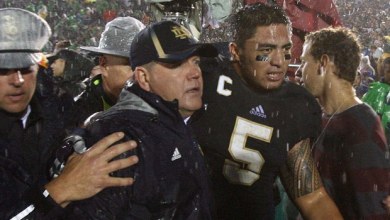 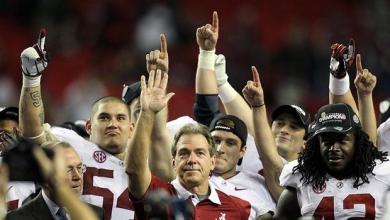 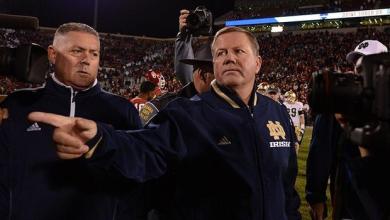