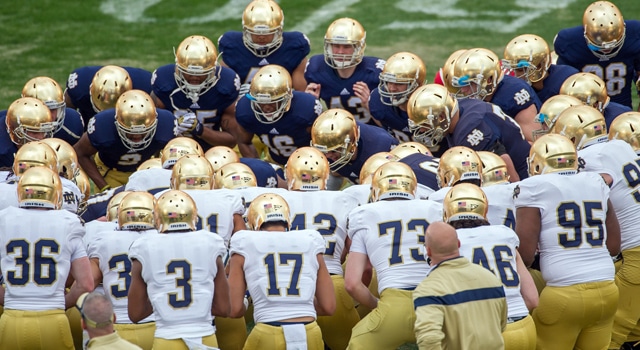 Lost in the hysteria of Notre Dame deciding to install FieldTurf later this spring after commencement was the actual 2014 Notre Dame Blue-Gold game.  Notre Dame battled itself this afternoon in the annual culmination of spring practice in what has turned out to be the last time a Notre Dame team will play a game on natural grass in Notre Dame Stadium.

Here are a few first impressions of the 2014 Fighting Irish from this afternoon’s scrimmage.