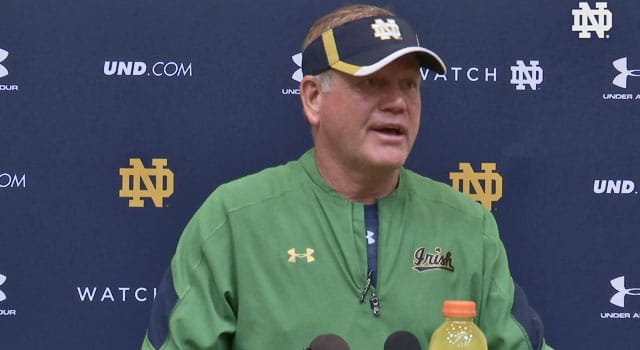 Notre Dame wrapped up its first week of fall camp for 2016 on Saturday.  After the final practice of the week Brian Kelly met with the media.  Thanks to WatchND we have the full video (above) and thanks to a new found setting in our CMS we have the video embedded above all fancy like instead of thrown into the post.

For those unable to watch and listen, no worries, here are all the notes from Kelly’s media session.