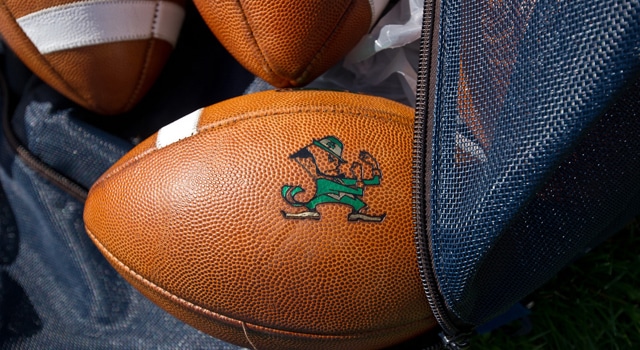 Saturday marked the first official practice for Notre Dame’s 2016 fall camp.  The Irish are at Culver Academy to start fall camp again this year and will be there until Wednesday.  Notre Dame published a video recapping some highlights from Day 1 at Camp Culver worth seeing.

Practice videos are usually short and only contain a few highlights, but after a long off-season, any football is good football.  And today’s video does have some good plays in it.