What is the best part about Notre Dame’s Independence? The Irish have the freedom to play any opponent, across every conference throughout the United States. Yes, Notre Dame plays five ACC opponents each fall, but the program has seven open matchups each year. For those who love to travel and experience the best college football gamedays have to offer, here are some of the top road trips on the schedule.

Irish begin 2021 campaign on Labor Day Night in Tallahassee. Brian Kelly will take his team back to Florida State for the first time since 2014. Although the Irish did obliterate the Seminoles in South Bend in 2018, going on the road will present new challenges. The Willie Taggart era was fleeting, but it looks like the program found their guy in former Memphis Head Coach Mike Norvell.

How good will Florida State be? If Mike Norvell can take the Memphis Tigers to the Cotton Bowl and build that program, he will undoubtedly have all the resources at Florida State to do the same. This matchup will be a defining moment in his coaching career, and the atmosphere will be electric. As Chief Osceola rides his horse onto the field and the fans start the tomahawk chop, this will be a great way to end the opening weekend of college football in 2021.

Part II of the Series. The Irish will play the second matchup of the Wisconsin series closer to home in Chicago. This will be Notre Dame’s first return to Soldier Field since 2012, and the Shamrock Series game in which they trounced the Miami Hurricanes 41 to 3.

Irish are undefeated in 12 trips to Soldier Field. The Fighting Irish are 10-0-2 all-time at the home of the Chicago Bears. Many previous matchups featured Northwestern, USC, Wisconsin, and Great Lakes, among others. Notre Dame has a rich tradition at Soldier Field, including a matchup against USC in 1929 that drew a crowd of 112,912 spectators.

First visit to the Horseshoe since 1995. That season, Heisman winner Eddie George ran over the Irish for 207 yards and two touchdowns. Since 1995, Ohio State has consistently been one of the top programs in college football and won two national championships while the Irish have had their share of highs and lows, which were highlighted by appearances in a BCS title game and College Football Playoffs.

103,00 screaming Buckeyes at Ohio Stadium. The “Horseshoe” is one of the greatest colosseums that this sport has to offer. Under Urban Meyer, and now Ryan Day, the Ohio State Buckeyes are one of the most consistent and dominant programs in the country. This clash should undoubtedly be on the bucket list for die-hard Notre Dame fans and is only a 4-hour drive from South Bend.

The Irish return to Death Valley. The last time Notre Dame traveled to Clemson in 2015, it was a phenomenal game that came down to the wire. Unfortunately, this matchup was the major victory that was at the start of the Clemson dynasty under Dabo Swinney.

Iconic Howard’s Rock. One of the coolest traditions in college football, the Tigers load into buses and are shipped up to the top of “The Hill.” Once all the players reach the top, they touch the famous “Howard’s Rock” from Death Valley, California, and storm on to the field in front of 81,000 fans. No matter who you root for, this is an exceptional scene.

Home of the 12th Man. Kyle Field is one of the loudest venues in all of college football, and with the addition of over 20,000 seats, it may be the most hostile. The legendary stadium now holds roughly 103,000 spectators, many of which are enrolled students. Texas A&M  has close to 70,000 students as compared to around 12,000 (undergrad and graduate) at Notre Dame. For anyone who has ever been to a college football game, they understand how relevant the student section is for crowd noise.

The Famous “Aggie Yell.” The Aggies have some of the most passionate fans in college football. No other fanbase stays up at midnight on Friday’s to practice their chants for gamedays with their famous “Aggie Midnight Yell Practice.” Notre Dame will make the trip down south in 2024, and it will be one of the biggest games in the history of Aggie Football.

Irish visit Donald W. Reynolds Razorback Stadium. Anytime the Irish head south to play an SEC school, it is an important game. Although the Razorbacks have had their struggles since the days of Ryan Mallet and Darren McFadden, this will still be a tremendous road trip to make on a fall Saturday.

Historic clash between two powerhouses. This matchup was declared under head coaches Brian Kelly and Nick Saban, but will either coach still be around? Will this matchup be Tommy Rees vs. Dabo Swinney? That may not be the case, but it isn’t too far of a stretch.

The Heart of SEC Country. For decades college football fans have heard about the domination, traditions, and pageantry of football in the SEC. Nowhere else is this more exemplified than Bryant-Denny Stadium. It is uncertain where both programs will be in 2029, but regardless, this is a once in a lifetime series.

Jack Swarbrick will play anyone, anywhere. Hitting the road for different traditions, sites, and experiences is what makes college football the greatest game on the planet. Luckily Notre Dame takes pride in being independent and taking on challenges across the country.

Notre Dame GameDay traditions are second to none. I’ve been to countless road games and seen what Michigan State, Northwestern, Purdue, Michigan, and others have to offer. Without question, the University of Notre Dame puts on the best gameday traditions. In the upcoming years, Jack Swarbrick has blessed Irish fans with the ability to witness their beloved team play top competition and visit some of the best locations that the beloved sport of college football has to offer. 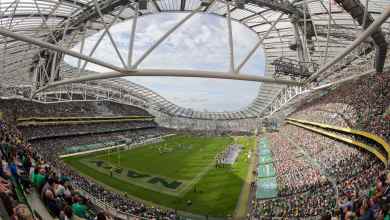 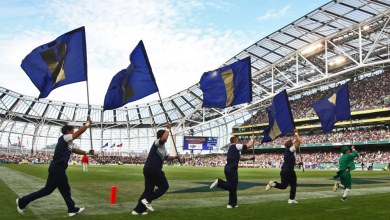