Ireland banned all large gatherings of more than 5,000 through the end of August on Tuesday, which appeared to signal that the Notre Dame – Navy game set for August 29 in Dublin would officially have to be moved in some way.  According to Navy AD, Chet Gladchuk, that isn’t the case just yet.  Gladchuk told the Capital Gazzette the ban does not apply to sporting events.

The article also says that Gladchuk is still hopeful that the game will be played as planned.

Those points aside, it seems rather silly right now for anyone to be holding out hope that this game takes place as planned in Dublin on August 29.  Infectious disease experts like Dr. Fauci have been saying for a couple of weeks now they see no way there will be huge crowds for sporting events for the foreseeable future.

Perhaps the game does get played in Ireland on August 29 in front of a smaller crowd, but then how do you tell some fans who bought tickets that the game is still on, but their tickets aren’t valid anymore? Maybe the game gets pushed back a couple of months.  Who knows at this point.

It just seems very hard to imagine any University or institution putting all of their student-athletes, trainers, coaches, and support staff on planes to fly to another country for the sake of a football game any time soon given everything that is going on in the world.

If this game is played this year, it seems far more likely that it will be in a different venue that is not halfway around the world.

Will Notre Dame's Cole Kmet Be First TE Off Board in NFL Draft? 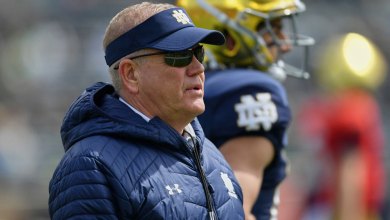 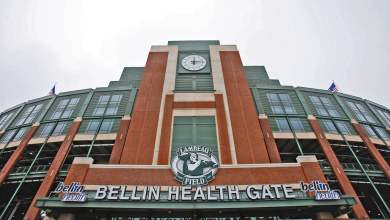 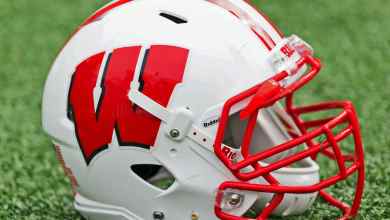