Notre Dame plays its fourth straight home game to start the 2020 season on Saturday hosting the Louisville Cardinals. Second-year head coach Scott Satterfield’s squad has stumbled out of the gates to a 1-3 start after beginning the season ranked, but they can still dangerous nonetheless. Notre Dame will look to continue Louisville’s early-season misery in what is expected to be another tune-up leading up to next month’s showdown with Clemson.

What I’m Worried About This Week

Louisville having a mobile quarterback. Last weekend, Florida State’s Jordan Travis gave the Notre Dame defense trouble with his legs. He ran the ball 19 times overall for 96 yards and a touchdown. Malik Cunningham isn’t as much of a threat with just 84 rushing yards on the season, but he did run for just under 500 yards in each of the past two seasons.

Notre Dame’s struggles last week could, in part, be chalked up to the lost practice time and limited availability of the roster during the COVID outbreak, but it was still worrisome to see Travis run through the Notre Dame offense at times.

Notre Dame is in the best shape they’ve been from a health perspective all season heading into this contest, so we should see better tackling this weekend, but it’s still something to watch out for.

Louisville’s slow start to the season. This one is a bit of paranoia, but I just don’t like that Louisville came into this season with decently high expectations and has started 1-3 headed into this game. I look at that and think, “uh oh, is this the game that Louisville is due for a turnaround”?

The Cardinals have been bitten by the turnover bug this year as they’ve stumbled out of the gate, and if they protect the football tomorrow, they have enough firepower to make this game more than a little uncomfortable for the Irish.

I think Louisville is going to hit a few big plays tomorrow. The challenge will be preventing them from sustaining that success.

What I’m Not Worried About This Week

Notre Dame’s running game. Notre Dame ran at will against Florida State and really hasn’t had any problems running the football since the first half of the season opener. I don’t expect that to change against Louisville and expect the Irish to run for over 200 yards again pretty easily.

The only question I have for tomorrow is who leads Notre Dame in rushing? Kyren Williams had another monster game last week. Still, Brian Kelly has been splitting up carries pretty well, and it shouldn’t surprise anyone if Chris Tyree or C’Bo Flemister ends up leading the Irish in rushing.

Notre Dame’s passing game. The Irish passing game has not fired on all cylinders this year, but it showed signs of improvement last weekend against Florida State. Tomorrow I think we finally see it perform like it’s capable of.

Kevin Austin should be more fully engrained in the offense after only playing three snaps last weekend in his return from injury. Javon McKinley topped 100 yards last weekend. Braden Lenzy hasn’t had his breakout game yet, but the further removed from his hamstring injury, the more likely it will happen.

The Irish defense creating more negative plays. While Louisville is likely to hit a few big plays tomorrow, the Cardinals offense’s struggles with protecting the football combined with Notre Dame’s ability to force negative plays is a combination that favors the Irish.

Last year against Notre Dame, Louisville lost three fumbles. They might not be as careless with the football on Saturday, but it shouldn’t surprise anyone if the Irish defense forces a few turnovers and makes a few stops in the backfield. The Irish also had 10 TFL in last year’s meeting, including four sacks. Every player who had a sack in that game last year will be on the field again tomorrow for Notre Dame.

This is the kind of game that Notre Dame could have lost four or five years ago but should win relatively easy. There might be some uneasy moments in the beginning just like last weekend, but Louisville’s defense just isn’t very good, so the Irish should out up some points again this week.

Notre Dame vs Louisville: What To Watch For

Overreactions from One of Notre Dame's Least Impressive Wins in Years 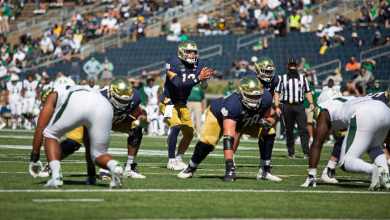 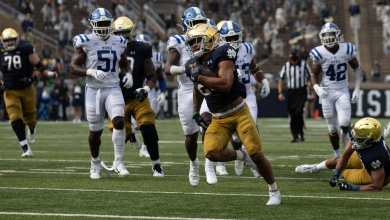 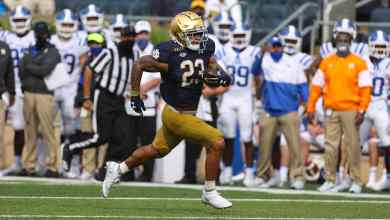 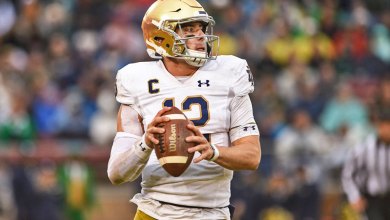