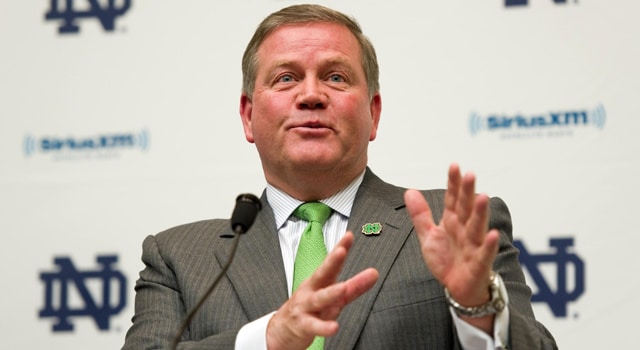 Brian Kelly met with the media on Tuesday to discuss Notre Dame’s upcoming trip to Palo Alto to take on the #8 Stanford Cardinal – Notre Dame’s fourth top 25 opponent of the season.

Here are some notes on what Kelly discussed with the media as well as the full video below.