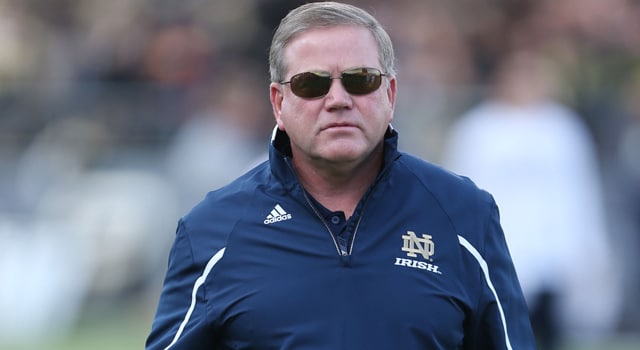 Brian Kelly met with the media on Tuesday to discuss this weekend’s contest with Michigan State as the Irish look to extend their home winning streak to 10 against the nation’s top ranked defense.   Video and notes below.