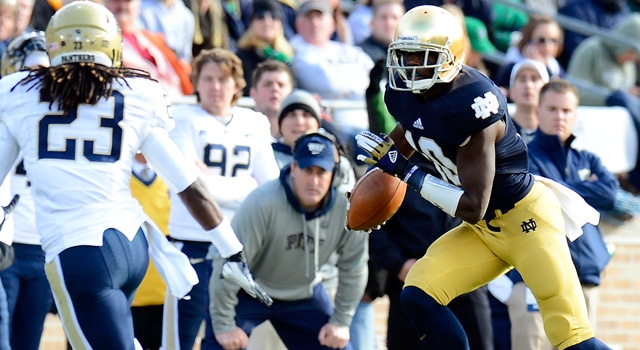 Wow.  Never expected to be writing about a Notre Dame victory this morning when the Irish entered yesterday’s fourth quarter down 14 points, but I never expected the game to be close after seeing what Notre Dame did to Oklahoma last week.  Just goes to show you how unpredictable college football can be.

I think I speak for most Notre Dame fans in saying that it feels great to be sitting at 9-0 for the first time in 19 years, but at the same time, it would be even nicer to see the Irish come out and dominate a weak opponent at home for a change.  For whatever reason, this team just plays better on the road and at this point in the season, that likely won’t change.  Good thing USC and a bowl game will be away from Notre Dame Stadium.

Let’s jump right into this week’s initial analysis though.