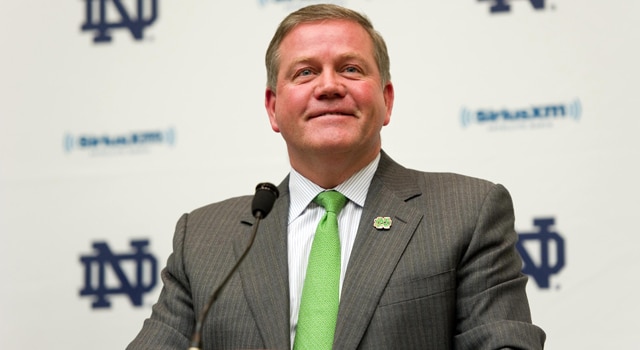 Brian Kelly talked about his quarterback position and previewed Purdue on Tuesday at his regularly scheduled press conference. (Photo - Matt Cashore-US PRESSWIRE)
Brian Kelly addressed the media on Tuesday for his weekly press conference with Purdue on the agenda for this weekend.
RELATED
10 Questions for Notre Dame Footballers to Answer at NFL Combine This Week
Game
Notre Dame vs Purdue 2012