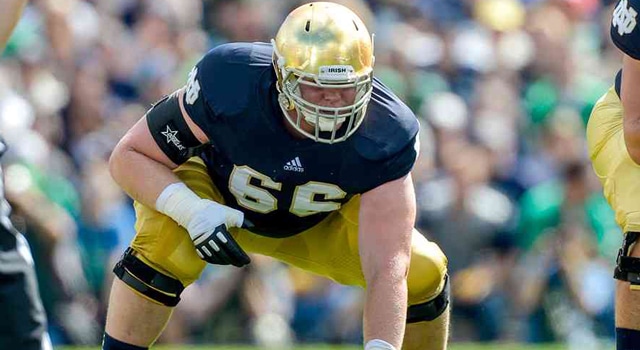 Everyone knew that Louis Nix, Stephon Tuitt, and Zack Martin would be off the board in the first three rounds of the 2014 NFL Draft. Notre Dame got another somewhat surprise third round selection Friday night though when the San Diego Chargers selected Chris Watt #89 overall.

Most mock drafts had Watt slated to be a fourth rounder, but the Chargers saw what Notre Dame fans have seen for the last four years – a damn good offensive lineman who has all the tools needed to be a long time starter in the NFL.  In our draft preview on Thursday I said Watt would be excellent value for any team if he fell to the fourth and think the Chargers still got great value with Watt in the 3rd round.

The Chargers don’t have an urgent need along the offensive line so Watt may need to wait a bit for a starting opportunity but the Chargers line is aging so he might not have to wait all that long.

Watt will be reunited with Manti Te’o in San Diego.  Te’o had an injury plagued rookie season for the Chargers but started to settle in towards the end of the 2013 season.