Notre Dame Once Again A Pathway to the NFL 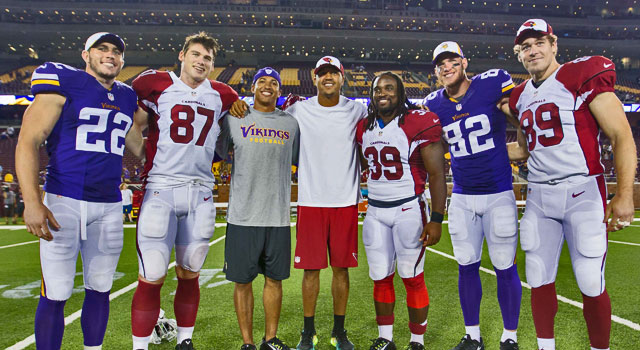 Watching the NFL Draft became a painful endeavor for Irish fans after the departure of Notre Dame coaching legend, Lou Holtz. Notre Dame devolved into something of a run-on joke for NFL pundits who criticized everything ranging from the lack of production from Notre Dame alumni in the NFL to their increasingly dwindling number. And what made the criticisms really sting was their truthfulness.

The thirteen NFL Drafts from 1998 to 2010 saw Notre Dame place only three players into the NFL as first round selections. To put this number in proper perspective, Lou Holtz had twelve first round draft choices in ten years. The post-Holtz Notre Dame was a great place to receive an education but a poor location for those dreaming of playing on Sundays. At least until Brian Kelly accepted the Notre Dame head coaching position in 2010.

Last year’s NFL Draft saw Kelly overtake Holtz for the most first round NFL Draft selections in the first five years on the job with four. Additionally, Notre Dame had eight players drafted overall, which tied with Alabama for second most of any college program and was one player shy of LSU’s nine. And while this year’s NFL Draft will be a quiet one for Notre Dame due to only losing three starters in Kyle Brindza, Cody Riggs and Ben Koyack, the biggest reason for that silence is the return of star offensive tackle Ronnie Stanley.

Stanley played all thirteen games of the 2013 season at right tackle before being moved to left tackle in 2014 to fill the void left by former standout Zack Martin. And Stanley continued to follow in Martin’s shoes by foregoing this year’s NFL Draft for one more season of polishing at left tackle, a move supported by NFL analysts like Daniel Jeremiah who feel Stanley could be truly special.

Just read about Ronnie Stanley returning to ND…He was the best OT I studied this year.

Stanley’s decision to stay was very likely influenced by the historic benefits Zack Martin received by heeding the advice of NFL experts and staying in college one more year. Martin was taken with the 16th overall pick by the Dallas Cowboys in the 2014 draft before embarking on a nearly unprecedented rookie campaign. The former Notre Dame star would win the starting right guard spot and help anchor an offensive line that allowed running back DeMarco Murray to capture the NFL rushing title. Martin would become one of only three rookies named to the NFL Pro Bowl and was the first rookie named to the AP’s All-Pro team since 1947.

RELATED
Could Notre Dame Football's Alohi Gilman Be Drafted in the 4th Round?

Ronnie Stanley will lead a host of Notre Dame talent to the NFL in 2016 that will likely include Sheldon Day, Nick Martin, KeiVarae Russell and numerous others who may consider an early NFL career. And as Notre Dame has seen with its track record of NFL tight ends, once a successful foundation is laid the process becomes easier to replicate. The success of Zack Martin in the NFL and the buzz around Ronnie Stanley are already creating ripple effects within the Notre Dame program. Kelly and his staff signed one of the most coveted offensive lineman last year in the nation in 5-star Quenton Nelson – who gained Internet fame last year when he bench-pressed 225 pounds 26 times as a high school senior, a higher number than No. 1 overall NFL Draft pick Jadeveon Clowney – who is projecting to start at guard for Notre Dame this fall.

That momentum has continued into the current recruiting cycle, with Notre Dame securing the commitments of two of Ohio’s best offensive line talent in Tommy Kraemer and Liam Eichenberg. The fact Kelly has been able to lock down two of Ohio’s best players in the same year Ohio State captured a national championship is a testament to the power of producing NFL talent.

For over a decade Notre Dame has had to fight an uphill battle against claims that it couldn’t get players to the NFL. Brian Kelly has completely transformed that perception, and Notre Dame can now use the NFL as a source of strength on the recruiting trail.