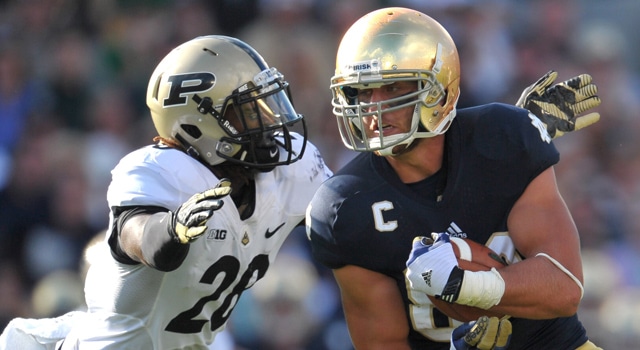 Purdue did not have an answer for Tyler Eifert before the senior tight end left the game with an apparent concussion. (Photo - Matt Cashore / USPRESSWIRE)

Notre Dame squeaked out a win over unranked Purdue on Saturday with a last second 27 yard field goal.  Here are some initial notes from the victory.