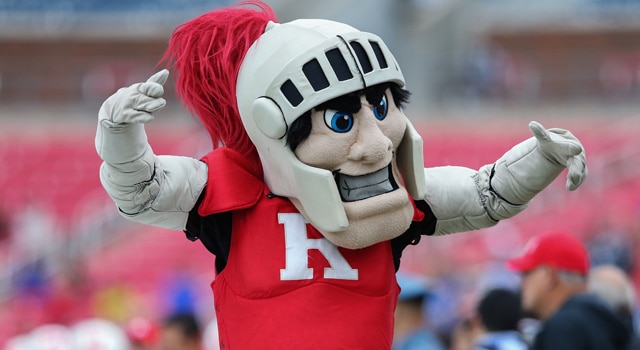 Heading into Saturday it was still unclear who Notre Dame would square off against in the Pinstripe Bowl with Rutgers and Houston the two rumored opponents.  In order for Rutgers to get the bid to face the Irish though, they had to take care of business on Saturday afternoon which they did in a 31-6 victory over South Florida to attain bowl eligibility.

So mark your calendars.  Notre Dame’s 2013 bowl game is on December 28 in New York City at historic Yankee Stadium against the Rutgers Scarlett Knights.  Kick off is set for 12:15 PM ET.  Not exactly the way most hoped the season would end in August considering last year at this time the Irish were making preparations for Alabama and the national championship game, but given the way this season has gone, this could be a nice way to end the season and build momentum for 2014.

If you are not playing in a BCS Bowl or the national championship, the purpose of your bowl game should be to end your season on a high note, reward the players for their work, use the practice time to prepare younger players, and help on the recruiting trail.

The Pinstripe Bowl with Rutgers as Notre Dame’s opponent accomplishes all of that.  The Irish will be a large favorite in the game, Yankee Stadium will sound like a home game for Notre Dame even though Rutgers is located in nearby New Jersey, and even though New York City in December isn’t the warm weather destination the players had hoped for, there are certainly far worse places the players could spend their new year’s eve than the mecca of all new year’s eve celebrations.

Notre Dame will also have a chance to get a win over Rutgers in their own backyard.  Rutgers is desperate to stake claim to the recruiting grounds in the New York city metro area, but hasn’t been able to do so.  Notre Dame has won recruiting battles in the New York and New Jersey areas much more often than they’ve lost to Rutgers over the years.  Bennett Jackson, Elijah Shumate, Ishaq Williams, Tyler Stockton, Carlo Calabrese, and Jarron Jones are current players on the Notre Dame roster from either New York or New Jersey.  Incoming freshmen Jay Hayes, Quenton Nelson, and Andrew Trumbetti are all from New York and New Jersey as well.

Most importantly, this matchup gives Notre Dame a great chance to end its season on a winning note – something that would give the Irish momentum in recruiting during the final push for the class of 2014.  In recent years, whenever Notre Dame has a lost a bowl game, recruiting has fallen apart in January and February.  After the Champs Sports Bowl in 2011 Notre Dame lost Ronald Darby to the team that beat them, Florida State, and failed to close strong as they did the year before when the Irish soundly beat Miami in the Sun Bowl.

It might not be the national championship and it might not be a location full of sun and fun, but when you are a 8-4 football team those are luxuries you are not always afforded.  For Notre Dame though, the Pinstripe Bowl gives them an excellent change to be a 9-4 football team with momentum on and off the field heading into a 2014 season that has the potential to end with a much more merrier holiday season for the Fighting Irish.