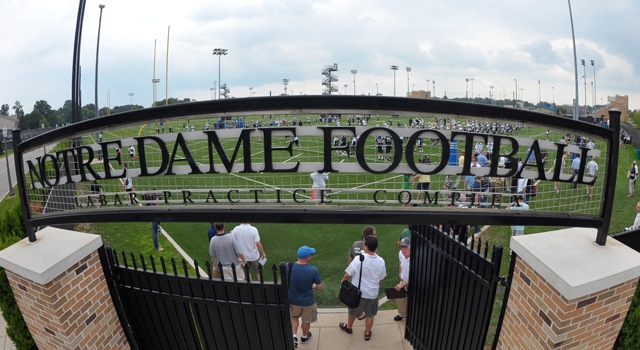 The 2013 Fighting Irish were back on the practice field on Wednesday after returning from Easter break.  The Irish are approaching the midway point of the 2013 spring practice and position battles are heating up.

Here is a video recap of practice put out by Notre Dame.  There isn’t a whole much to glean from the video although there are some good one on one match-ups towards the end of the receivers and defensive backs.  Keivarae Russell looks like he hasn’t lost a beat from last year.  Some other observations: