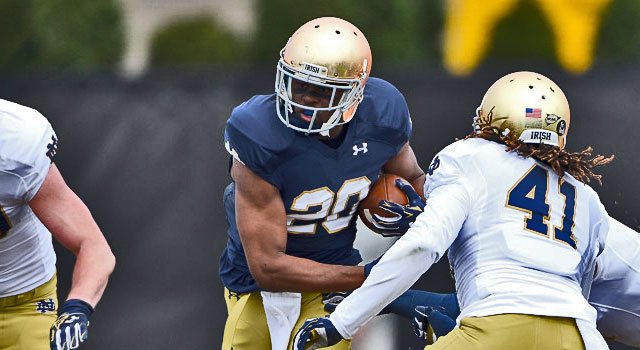 With spring practice complete and Notre Dame ready for OTA’s, we have a somewhat better idea now of what the Irish have to work with and work on between now and September 5.  Based on what we learned this spring, here are some players who saw their stocks rise and fall over the course of the 15 practices the Irish held.

A lot can change between now and the fall so this list could be vastly different once the bullets start to fly in September, but for now, here’s what we learned this spring.

Disclaimer: before anyone freaks out about players listed here, just remember this is based on the Blue & Gold game and spring practice videos and is in no way a indictment on any of these players.