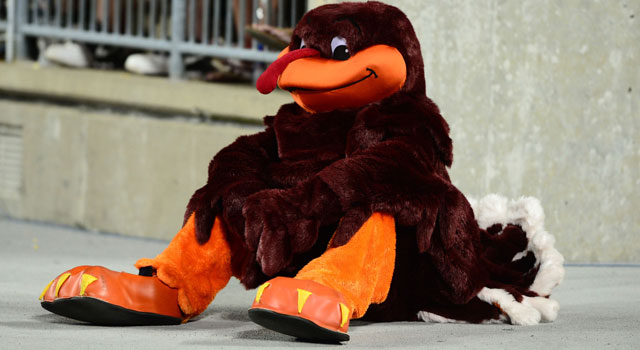 Helping finish the home portion of the 2016 Notre Dame football schedule on November 19 will be the Virginia Tech Hokies. Beginning a new era after the retirement of Frank Beamer, new head coach Justin Fuente will be seeking to take advantage of the assets on the offensive side of the ball. That’s because that side of the ball was where Fuente earned his stripes.

At quarterback, Fuente has experience in mobile senior Brenden Motley, though Motley will likely get competition from junior college transfer Jerod Evans. Fuente is more inclined toward the pass as his main weapon, having coached Paxton Lynch at Memphis last year.

The other skill positions open up a number of potential minefields for Irish defenders. The one running back that they’ll need to key on is Travon McMillian, who finished with just over 1,000 yards on the ground and also snagged 12 passes.

The deep threat at receiver will be junior Isaiah Ford, a player that caught 75 passes for 1,164 yards. He’ll be joined on the other side by fellow junior Cam Phillips, who hauled in 49 catches, while tight end Bucky Hodges ended up with 40 receptions during 2015.

The Hokie offensive line is likely more equipped to work with a run-based offense, though they do offer plenty of experience to battle Notre Dame defenders. The inside trenches, led by guards Augie Conte and Wyatt Teller, will help tackle Jonathan McLaughlin open holes and protect whoever lines up behind center.

Bringing back eight starters on offense offers Fuente the opportunity to inject his approach on offense to possibly jump-start the team. On the defensive side, there are six returnees to the starting lineup, though the talent level of those returnees might work to Brian Kelly’ advantage.

Virginia Tech Defense: Not Quite There Yet

Plagued by injuries, the 2015 Virginia Tech defense’s vulnerability to the big play was in evidence on numerous occasions. That was due in part to the injury suffered by departed cornerback Kendall Fuller, though the Hokies did have a knack for forcing turnovers.

While most of the talent upfront is gone, there are two players the Irish will have to contain in defensive tackle Woody Baron and defensive end Ken Ekanem. They combined for 7.5 sacks and 16.5 tackles-for-loss and could be aided if players like redshirt freshman Tim Settle lives up to his promise.

At linebacker, junior Andrew Motuapuaka will need help, with fellow junior Sean Huelskamp a strong contender to aid that cause. However, the problem is that inexperience is the word that helps clearly defines this area, though that’s something that may not matter by the time the Virginia Tech game comes up on the Notre Dame football schedule in 2016.

Fuller’s injury resulted in a baptism under fire for a trio of freshmen, which was bad last year but better this season. One fly in the ointment is the uncertain status of cornerback Adonis Alexander, who led the Hokie secondary with four picks. He was suspended indefinitely in late April for off-the-field problems, though the late-season date on the Notre Dame football schedule should see him on the field.

Greg Stroman is a dangerous return man that the Irish have to keep their eye when punting the ball away. When it comes to the Tech kicking game, Joey Slye will return as the placekicker while Mitchell Ludwig handles the punting side of things.

Notre Dame and Virginia Tech have never played each other on the gridiron.  Given this first meeting, it’s almost a shame that Frank Beamer didn’t stick around at Virginia Tech for one more season.  Beamer is Virginia Tech football and it would have been fitting if he were to lead the Hookies into Notre Dame Stadium for their program’s first visit.