This year’s college football season is here, and football fans couldn’t be more excited(and relieved). The BCS championship game feels light years away, and seeing how the Spring and Summer have brought nothing but grief to Irish fans, and are happily ready to move forward.

The NBA and NHL seasons are long gone, and Major League Baseball is entering  its final few months, and quite frankly none of those sports excite us like the college football season does anyways. It has become a season that feels like it never ends, but there is a part that tends to drag unmercifully at times. So what does one do when they set, almost suspended-like, in the time period between the spring game, and the beginning of fall practice? You start to look at the opening slate of games in late August, because every fan knows that by doing that it helps speed up the process(yes – that is sarcasm).

We have poured over the opening weekend of games, thanking the football gods for the match-ups that they have provided us. Games like the battle of the Carolina’s as North and South will face each other on opening Thursday on ESPN, followed up by an early SEC battle between Ole Miss and James Franklin’s Vanderbilt squad, and USC will travel to Hawaii. These three games headline opening day, but this is just the beginning of course.

On Saturday as Irish fans sit around and wait for the game against Temple to kick-off, they can tune in and watch early season opponent Purdue take on Cincinnati, and hopefully as the Irish come rolling out of the tunnel after halftime with a 3-plus touchdown lead over the Owls, Virginia Tech and Alabama will be hitting the field in Atlanta for the Chick-Fil-A Kick-Off Classic.

If that isn’t enough to get you excited about opening weekend, the late night games should end a great opening Saturday of college football quite nicely. The Georgia Bulldogs will play Clemson in Memorial Stadium(AKA Death Valley) LSU will visit TCU, Nevada and UCLA will do battle in the Rose Bowl, and Boise State will make the trek to Seattle to face the University of Washington, in Husky Stadium. Still haven’t had enough? Irish fans might be very interested in watching two future opponents do battle as Pittsburgh kicks off their inaugural ACC schedule, as they play host to Florida State on Monday night on ESPN.

Having college football start up again is obviously exciting enough on its own, but add to the fact that on opening weekend there are so many great games and so many storylines that will start to play out for the 2013 season. We wanted to take a look at just some of the early stories for the games we mentioned above

Obviously not every question above will be answered in week one, but it sure will be fun to start seeing how things play out across the country. As hard as it to do, college fans(including ourselves) must find a way to enjoy the journey as much as the destination, because as much as we anticipate the season and eagerly await its arrival, the sooner it arrives simply means the quicker its departure will come. The Irish will provide more than enough headlines themselves, but the season as a whole should be incredible for all fans, and honestly we cannot wait to see how it plays out in the end. 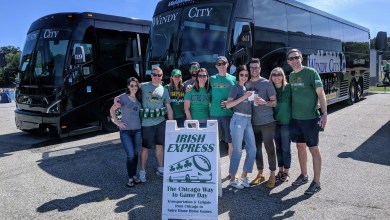 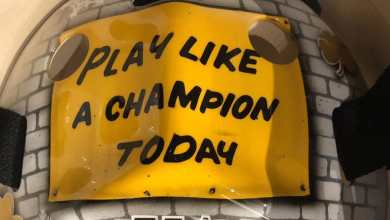 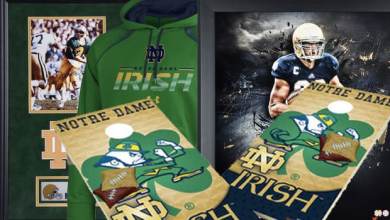 Save Big on Notre Dame gifts this Cyber Monday!