Notre Dame just missed out on their best chance at a top running back in the 2021 recruiting cycle. Will Shipley, the five star running back from North Carolina, chose Clemson over Notre Dame today, leaving the Irish without their top target on the board.

Shipley had been at one point favored to the Irish, but the general trend of his recruitment since February put him with the Tigers. When college campuses around the country shut down around March 12th, and therefore college visits, that brought a significant blow to Notre Dame’s efforts with the nation’s #1 all-purpose back, who had a scheduled official visit with several Irish commitments set for March 22nd.

Because of Notre Dame’s national recruiting posture, official visits are deemed extra crucial for the staff and recruits who are thinking of attending. Notre Dame has always been the type of place people can fall in love with, but you need to experience all the bells and whistles before that can happen, and for a player from North Carolina, not getting that experience can be a game-changer.

Not that Notre Dame didn’t make an effort to bring the experience to him. Pete Sampson widely reported it at The Athletic and Tom Loy of 247’s Irish Illustrated that Notre Dame was incredibly creative in their attempt to set up a virtual official visit, with school administrators, professors, current players, coaches, current commits, you name it. This wasn’t for lack of effort. Shipley himself said Notre Dame was recruiting him the hardest.

But, the ship has sailed–pun intended–and Notre Dame still needs a running back, and the options are at the moment rather unsettlingly unclear.

Who Is Notre Dame After?

The most obvious answer to this is Michigan running back Donovan Edwards, a 5-11, 180 pounder, and the 38th ranked player overall in the 2021 class. Rankings wise, he’s right up there with Shipley, currently 14 spots lower in the overall rankings and .0051 composite points behind. From a rankings perspective, it’s a virtual tie.

Edwards visited Notre Dame’s campus unofficially in December of 2019, and he had all of the nice things to say that recruits do, “it felt like family,” etc.. Still, his recruitment from the Notre Dame side since then has been relatively quiet. To be honest, almost all of the talk at running back has been about Shipley, and Edwards wasn’t much of a consideration. To be clear, this is just on the sites and general internet chatter. For all we know, the staff has been keeping up with him this entire time. Generally though, if they had been on him, that information usually finds its way to the public.

RELATED
Could Notre Dame Be About to Add a Running Back To Its Class of 2021?

The good news is, Edwards doesn’t have a clear favorite right now, and it doesn’t appear he’ll be making a decision any time soon. Good for Notre Dame if they do need to be playing catch up. Most of the recent crystal ball picks have him as undecided, though he has been closely linked to Michigan and Georgia. Also, it’s good there is a prior relationship, and he’s already visited the campus.

The bad news is Notre Dame would at least appear to be circling back to Edwards and generally speaking in recruiting, when you’re circling back the to the 38th ranked player overall, you’re not getting that player. Top 50 guys aren’t anyone’s plan B, and other schools will have been treating them as priorities. Trying to ramp up that kind of relationship is usually a tough sell. But, it’s an odd recruiting year, and old rules don’t always apply.

Is Prophet Brown An Option?

If you go on 247’s offer list at running back for Notre Dame, you’ll find seven players. Three are committed elsewhere, one is Donovan Edwards, two others Notre Dame doesn’t have any traction with, and the seventh is running back Prophet Brown out of Elk Grove,CA.

Brown is a lower end four-star, and a very good athlete, who Notre Dame might like more to play corner for them. It remains to be seen how much of a player Notre Dame actually is for Brown, or if they even want him to play running back, but he plays it in high school, and given the current situation at the position recruiting wise, the Irish might reconsider where they want him to play. Brown did list Notre Dame in his top six, which is a good sign, obviously, but if this is to be a serious possibility, they need to get him on campus.

Given the way the board looks right now, I’d expect to see some new offers pop up fairly soon. They can’t continue with just Brown as a real possibility, and they need a back in this class just from a depth chart perspective.

We don’t know what the loss of Shipley means overall, we need to wait till the class is finalized to assess that, but we do know they missed on their top target, and it’s someone they led for at one point. This is a tough blow for running backs coach Lance Taylor, who was brought in to win these recruiting battles specifically, and for Notre Dame to be in such a disadvantageous position at running back overall is disheartening. Hopefully, adjustments can be made, and they can bring in a good player, but as of today, the running back position recruiting wise for 2021 doesn’t look too good.

Will Shipley Announcing Tomorrow, But It Doesn't Sound Good for Notre Dame

Could Notre Dame Be About to Add a Running Back To Its Class of 2021? 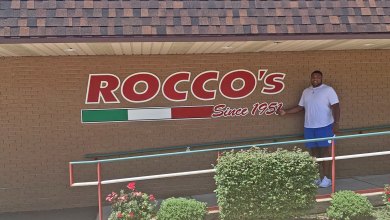 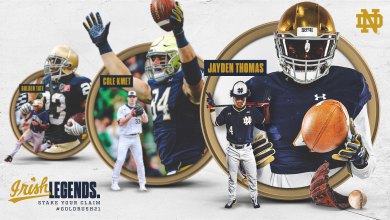