The Irish gain their first commitment of the 2021 recruiting class, and they knocked it out of the park. The Bishop’s School’s Tyler Buchner announced today that he will be putting the gold helmet on after high school.

The San Diego, California QB committed to Notre Dame over just about every other school in the country including Alabama, USC, Michigan, and Georgia. 247 Sports currently has Buchner ranked as the 49th overall prospect in the country and the #2 pro-style quarterback in their very early rankings for 2021.

Rivals has not yet released their ratings for 2021, but it is safe to assume that when they do, Buchner will be at least a 4-star prospect and in their top 100.

Noted as a Pro-style QB, Buchner is listed at 6’2 195 LBs heading into his junior season.  He selected Notre Dame in part because of the Notre Dame offense and how well he thinks it fits his strengths as a quarterback.

Buchner started nine games as a freshman in 2017 only compiling just 37 pass attempts at quarterback.  In those 37 attempts though he posted 512 yards and six TD’s. He also ran for four more TD’s and had 2 receiving TD’s.

Unfortunately Buchner tore his ACL before in the first game of his sophomore year, so there isn’t much to go, but his freshman year tape clearly indicates that he’s an outstanding athlete.

Despite the small body of work, it did not stop the nation’s elite programs from lining up to offer Notre Dame’s first commitment for the class of 2021.

This tweet from Carter Karels of the South Bend Tribune gives some insight into why Buchner is as highly rated as he is and received the offers he did despite the injury.

This is a very exciting commitment for ND at a time where they really needed one. Recently it was noted that most of the recruits in ND’s 2020 class aren’t projected as high as they originally were including 2020 Commit Drew Pyne though rankings can fluctuate in both directions.  Notre Dame is still in the early stages of assembling the class of 2020 and as we’ve been chronicling here at UHND, the Irish have a great chance to land impact offensive players like Chris Tyree, Jalen McMillian, and Jordan Johnson.

Obviously these rankings aren’t law by any means, but it’s never enlightening to hear that most of your recruits aren’t as good as people thought they were.  Again, that could very well change for the positive between now and February and the early signs with some elite players suggest a top 10 or better class could be in the works.

For 2021, Buchner’s commitment is a jolt of energy the Notre Dame staff needed going into 2021, and hopefully they can ride that momentum a little.  Any time you land an elite quarterback this early in a recruiting cycle, it allows you to use that commitment to lure in other top talent.  Elite receivers and running backs love to play with an elite quarterback.

This is a big time commitment for Notre Dame with Buchner having the potential to be the highest rated quarterback to sign with the Irish since Jimmy Clausen more than a decade ago. 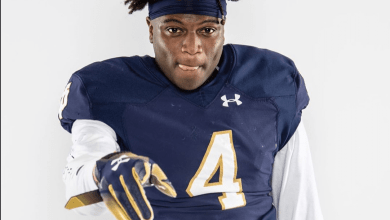 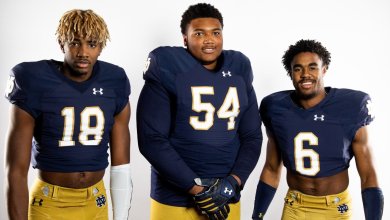 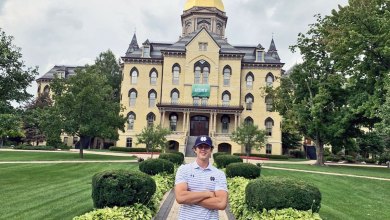 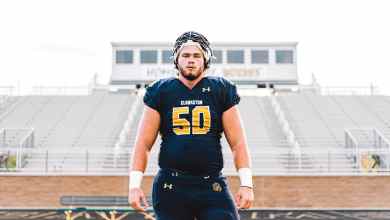