Back in May I did a film review of then recent commit of Kyle Hamilton, three star safety out of Georgia. The headline asked whether or not their lowest rated recruit was their best. There is now more evidence to support the question.

Hamilton participated in The Opening finals in Dallas, Texas over the last four days (the event is normally slated for Oregon), and he showed why his low three star ranking needed to be amended, and soon.

He received accolades from recruiting evaluators throughout the camp, including from those on the Notre Dame beat:

Safety Kyle Hamilton took his play to new levels on Sunday at @TheOpening. It was by far the best I've ever seen him. #NotreDame is getting a very good player. https://t.co/FLBQddDFtK @kham316 @247Sports pic.twitter.com/1Vk5td3ap9

And off the beat:

#NotreDame commit Kyle Hamilton with the PBU. Having a terrific The Opening Finals: https://t.co/a0GFM0OSR1 pic.twitter.com/LvZKKx2Nu3

His terrific performance for his team helped lead them to the 7 on 7 team championship, and he recorded three interceptions and five passes broken up throughout the tournament.

He didn’t just excel in games, he also displayed some remarkable athleticism for a soon to be high school senior. Matt Freeman of ISD took note of his workout numbers and they were eye opening.

A 4.63 40 for the 6-3, 188 pounder is more than good enough for the long strider he is, and his 40 inch vertical leap is eye popping. His jump would have tied for 6th at the NFL combine in 2018 among all defensive backs, matching the 40 inches first round pick Derwin James put up when working out in front of the NFL scouting world.

His vertical also displays an impressive level of explosiveness, which leads me to be believe his 40 time can get into the 4.5’s. A 6-3 safety running under 4.60 is NFL caliber.

The headline for Hamilton was it was a well rounded performance against the nations best athletes. He didn’t excel in just one area, he excelled in all areas. He showed out in one-on-one’s, he impressed in the performance tests, and he showed himself to be most comfortable, and a playmaker in the team 7-0n-7 setting.

He was so impressive throughout the four days, he made his way onto the post-camp, 247 “Best of the Best” list. Something tells me Hamilton won’t be Notre Dame’s lowest rated recruit much longer. 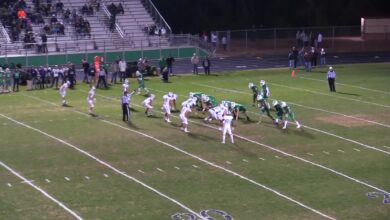 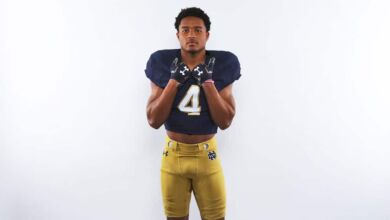 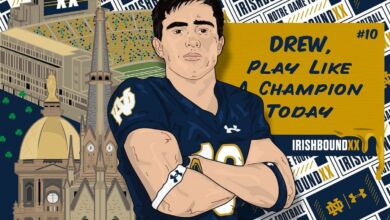