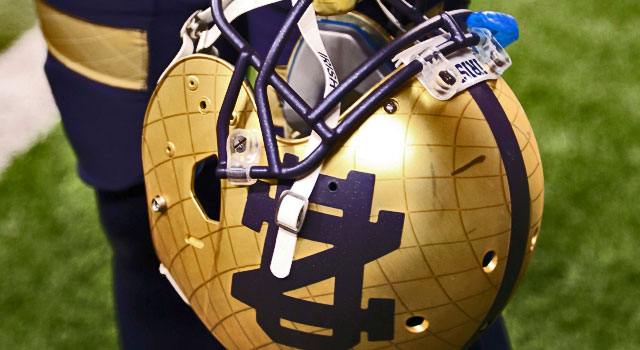 Yesterday Julian Okwara announced that he would be announcing his college intentions on April 30.  Just a little over 24 hours later the brother of current Notre Dame defensive end Romeo Okwara pushed that timeframe quite a bit and will now be making his commitment tomorrow at 6 PM.

The recruitment of the younger Okwara has heated up in a hurry.  On Friday he announced that he had trimmed his list of suitors down to five – Notre Dame, Michigan, Georgia, Ole Miss, and Clemson.  Then yesterday he made the announcement over Twitter that he would be committing somewhere on April 30 all before pushing that decision up until tomorrow.

All of this comes on the heels of a late March unofficial visit to Notre Dame during which Okwara secured a scholarship offer from the Irish.

Add everything up and all signs would seemingly point to some good news for the Irish tomorrow evening.  As I mentioned yesterday though, with recruiting, you just never know.  Should Okwara commit to the Irish tomorrow, it would give Notre Dame some momentum heading into the Blue and Gold game weekend.