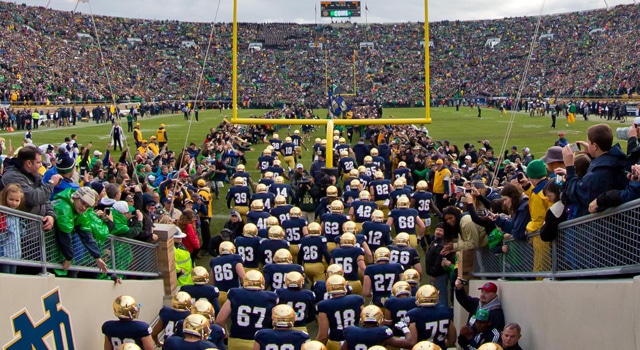 We posted a quick roundup of all of the news and notes on the Notre Dame football recruiting front on Sunday night that was a big hit based on looking at our traffic numbers so since there’s been a lot of nuggets of info out there since then, here’s another quick roundup of where we stand with just over a week to go until Signing Day 2014.

100% committed to Notre Dame for those people worried, will not be taking any visits anywhere. My decision is final. #GoIrish

I’m taking my official to ND this weekend. Choice:undecided

I've felt for awhile if there is any school with a chance to surprise #USC for Smith, it's #Oregon and still feel that way

Trending down for now…

Official visit to University of Tennessee this weekend.