Our countdown of the top 11 players of the last 11 rolls on today with our 6th ranked player – yet another player whose talent could have moved him up much higher on this list had it not been for some outside circumstances.

Justin Tuck came to Notre Dame as a tall, rangy, undersized, little recruited linebacker prospect out of Alabama.  None of the SEC powers took much notice to Tuck or batted an eyelash when Bob Daive pulled Tuck out of the South and into South Bend.  After red-shirting his freshman season and hitting the weight room, Tuck played during the 2002 season as a situational pass rusher.  Despite only starting one game, Tuck recorded 5 sacks and 10 tackles for loss.  The 5 sacks were good enough for third on the team behind Ryan Roberts (8) and Darrell Campbell (6) and the 10 tackles for loss were tied for second with Courtney Watson behind only Mike Goolsby’s 13.

The Notre Dame defense lost its magic in 2003, but Tuck was one of the few bright spots on a pretty bad team.   In his first season as a starter, Tuck exploded on the scene with 19 tackles for loss (3rd most in a single season in Notre Dame history) and a Notre Dame record 13.5 sacks.  To put the 13.5 sacks in perspective, the next closest Notre Dame defender in 2003, Derek Curry, had just 4.5.  Notre Dame didn’t have another pass rusher that season and Tuck was still able to rack up 13.5 sacks including a career best 4 against Stanford and another 3.5 against Pitt on a nationally televised prime time game on ESPN.

Tuck’s breakout season would end on a sour note though with the then junior suffering a torn ACL injury in the season finale against Syracuse – one of the worst games of the last 20 years for Notre Dame.

Tuck recovered in time to start the season opener for Notre Dame in 2004 and started off with a bang with two sacks against BYU.  A week later Tuck would add a third in Notre Dame’s upset of Michigan.  Tuck’s production would fall off the rest of the season though as he was clearly limited by the knee injury and couldn’t power through double teams as he had been able to previously.  Still, despite coming back from a torn ACL in the season finale a year before, Tuck missed no games until the Insight.com Bowl and again led the Irish in sacks – this time with just 6.

Even though Tuck had a 5th year of eligibility, he was one of the more prominent players to voice his displeasure over the dismissal of Tyrone Willingham and he decided against coming back for a 5th year in 2005.

Why Justin Tuck is on the countdown

This selection might require a bit of justification since the player ranked one spot below, Shane Walton, was a consensus All American in his final season at Notre Dame while Tuck never garnered much All American buzz.  And, to be honest, I debated this one back and forth for a while before settling in on Tuck one spot ahead of Walton.

Aside from Tuck being the Notre Dame record holder for sacks in a season and in his career (and yes I’m aware sacks were not a stat at Notre Dame until 1982), Tuck’s career was greatly effected by the ACL injury suffered in that monstrosity of a game against Syracuse.  Tuck was clearly not the same player in 2004 post-injury as he was in 2003 and he still played well albeit not at the same level he did as a junior in 2003.

In 2003, Tuck was simply the best pass rusher Notre Dame has seen in a long, long time.  Despite playing on a defense that fell off substantially from 2002 to 2003, Tuck was a star and recorded 13.5 sacks.  Had he not suffered the torn ACL against Syracuse who knows how good he could have been in 2004 even while playing on another poor defense.

While some of the players on this list have had a lot of  “what if’s”, Tuck actually has the biggest of them all.  What if he returned for a 5th year in 2005?  Would the presence of Tuck on a depleted defensive line meant the difference of 3 points against Michigan State or USC? Or both?  Would Tuck have been able to contain Tedd Ginn better than Ronald Talley who looked like he was running with cinder blocks chained to his legs against Ohio State or been able to tackle Troy Smith one of he many times Smith escaped what could have been a sack in the Fiesta Bowl?

Could Tuck, the best pass rusher Notre Dame’s had in 20 years been able to make a 6 point difference in those two regular season losses?  If he had, how different would his career be looked at?  At the same time, how differently would Charlie Weis’s tenure have played out?  It’s an interesting question to ponder, but bottom line is, Tuck was a force at defensive end for Notre Dame and would have completely shattered, instead of just passing, the sack record had he not torn his ACL.

Tuck put up impressive numbers in pre draft workouts including running a 4.62 40 yard dash at 256 lbs just a year removed from his torn ACL injury and was thought to be a potential first round pick, but on draft day Tuck tumbled all the way to the 3rd round where he fell into the lap of the New York Giants at pick #74.   At the time of Tuck’s selection, a wise writer for UHND said:

The Giants got the second best steal of the draft (after Aaron Rodgers fell into the Packers lap at #24) in my opinion. With Michael Strahan getting up there in years the Giants can use an end and Tuck was one of the most under rated ends in the Draft.

That prophetic writer turned out to be right (on both accounts) and Tuck has turned into one of the best defensive ends in the NFL.

After a slow start to his career in 2005 and 2006 in which Tuck played behind a pair of Pro Bowlers and suffered through various injuries, Tuck erupted in 2007.  Despite still playing in a reserve role, Tuck recorded 10 sacks after coming into the season with just one in his first two seasons combined.  Tuck built on his breakout season with an even better post season.  Tuck harassed Tom Brady into two sacks in Super Bowl XLII and many felt he was a more deserving MVP than Eli Manning despite Manning tossing the game winning touchdown to Plaxico Burress.  Tuck parlayed his breakout season into a new contract with the Giants – a five year $30 million deal with $16 million in guarantees (including a $9 million signing bonus).

In 2008 Tuck stepped into a starting role after the retirement of Michael Strahan and responded with a 12 sack season topped off with a trip to the Pro Bowl as a starting defensive end for the NFC and a selection to the NFL All-Pro team – both career firsts.  Tuck also scored the first touchdown of his pro career in ’08 as well with a 41 yard interception return for a score against the Rams.

Tuck saw a drop off in production in 2009 with just 6 sacks after a lingering shoulder injury impacted him for most of the season.  Healthy again in 2010, Tuck was back to normal with 11.5 sacks, 76 tackles, and career highs in both forced fumbles (6) and fumble recoveries (5) to once again earn Pro Bowl and All-Pro status.

At age 28, Tuck is in the prime of his career and is under contract for another two years with the Giants. 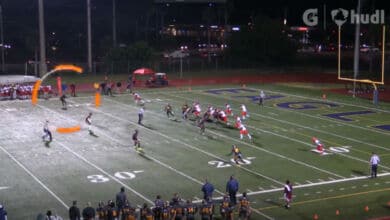 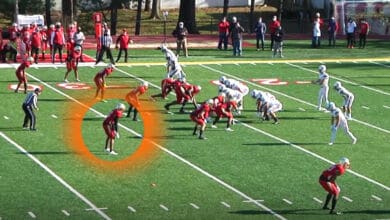