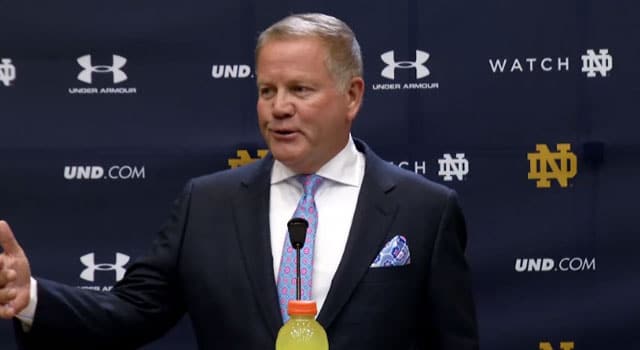 Brian Kelly addressed the media on Friday to officially kick off the 2016 Notre Dame football season with the Irish starting fall camp tomorrow.  Kelly addressed a number of topics on Friday as the Irish look to build on last season’s Fiesta Bowl appearance and challenge for a spot in the 2016 College Football Playoffs.

We will have plenty on what Kelly talked about on Friday throughout the weekend, but for now, here are some notes from Kelly’s first presser for the 2016 Notre Dame football season!