The Notre Dame recruiting department has been on fire lately.  Their graphics department has been consistently producing some top notch graphics for top targets in the both the class of 2018 and 2019 over the last few months.  They were at it again this week with another round of edits that have been received well by their intended targets – the recruits themselves.

On Sunday, one of Notre Dame’s top defensive ends targets, Thomas Booker, was the latest to share the edit he was sent.

Love from the Irish! ☘️ pic.twitter.com/tieEGa7oNr

Jayson Oweh, another one of Notre Dame’s top DE targets received one earlier this week.

One of Notre Dame’s most active recruiters – Ja’Mion Franklin – received one as well.

One of Notre Dame’s top LB prospects – instate Cameron McGrone.  McGrone has been considered a lean to Notre Dame for a little while but just had a strong visit to Michigan.

Coming out of the 2017 Irish Invasion, DJ Johnson has been rumored to be leaning towards Notre Dame.  Notre Dame is in some dire need of corners in this class and the 4-star instate product would be a huge addition for Notre Dame.

4-star safety Julius Irvin’s name has not been mentioned that much in Notre Dame recruiting forums lately but Notre Dam thinks highly enough of him to skip the Jim Thorpe Award and go right for the Bednarik Award.

Defenders weren’t the only ones to post their edits.  WR commit Micah Jones – Notre Dame’s lone WR in the class after the decommit of Braden Lenzy – got one as well.

It is still unclear how the decommitment of Braden Lenzy will impact Chase Cota.  Before Lenzy’s decommitment, Notre Dame was considered the favorite for Cota due to the duo’s friendship. Notre Dame is still in it for the 4-star WR but Oregon looks like the leader as of today.  That hasn’t stopped the Irish one bit in their pursuit.

Notre Dame recently picked up a commitment from TE George Takacs, but still hosted Tommy Tremble this week for a visit.  They also sent him out an edit as well.

These were all of the edits we have seen so far from this latest round.  If we missed some, let us know in the comments.  Regardless, this is just another example of the Notre Dame recruiting department putting in the work that it needs to to land a monster class in 2018. 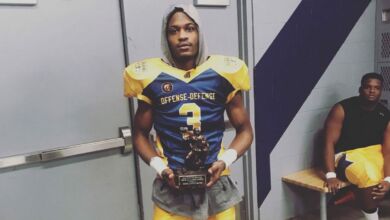 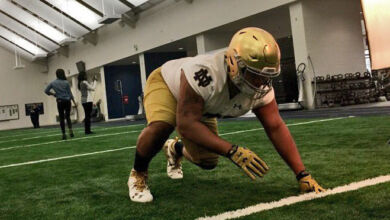 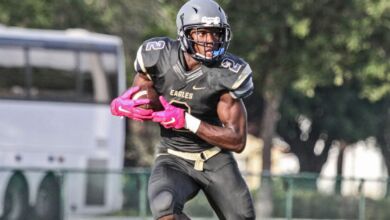 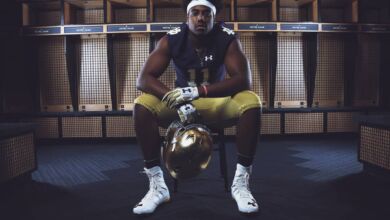