It’s been a chaotic week for Notre Dame, starting with the bombshell that Brian Kelly was leaving for LSU. However, as the week winds down, perhaps the second most earth-shattering development is the sudden outpouring of sympathy for the Irish and their playoff chances.

Had Kelly not decided it was too hard for him to win a title at Notre Dame this week, we’d be hearing all day long reasons why Notre Dame shouldn’t get into the playoffs. Instead, we’re hearing national media members openly hope the Irish make it to show up Kelly. They started last week already when the overlords over at ESPN started pumping up Oklahoma State the second they squeaked out a win over an overrated Oklahoma team whose head coach was probably thinking about which LA beach he wanted to live on instead of how to score points on the Cowboy defense in the second half.

All day Sunday, the propaganda machine at ESPN was in overdrive dismissing Notre Dame’s chances at making the playoffs. Kirk Herbstreit, who recently turned into nothing more than an agenda-driven troll, criticized the Irish schedule in making every excuse possible to exclude Notre Dame from playoff contention even though the Irish had just put a bow on an 11-1 season and a 31-point road victory over a rival.

Fast forward a few days, and all of a sudden, there’s growing sentiment in the media that Notre Dame should get in just to show up their now former head coach. Rich Eisen, an admitted Notre Dame hater and Michigan man, even dedicated a segment on his show Friday to talk about Notre Dame’s chances to win a title this year under new head coach Marcus Freeman. Likewise, sporting News opined whether or not America was now rooting for Notre Dame to make the playoffs.

In a week full of things that never happen, this is another example of one. The national media and most of America don’t like Notre Dame. People either love the Irish, or they hate them. It’s the nature of the beast when you’re a national brand like Notre Dame who does things their own way instead of doing what everyone else does. People hate Notre Dame’s independence and NBC contract because their schools can’t pull it off.

Don’t get used to the sudden sympathy and love for the Irish. People’s disdain for Notre Dame will return as soon as the season ends, if not sooner. However, the public’s love for a good story seems to be trumping their long-time hate of the Notre Dame football program. And what a story it would be. Should Notre Dame get the help they need today to sneak into the playoffs and then win the whole damn thing. It would be a story straight out of Hollywood.

The sudden showing of support for Notre Dame is also a pretty good indicator that Brian Kelly is seen as an unlikeable character by the public. People wouldn’t be openly hoping for Notre Dame, one of the most hated programs in the country, to make the playoffs just to spite Kelly if he were seen as likable. But instead, it seems that most people outside of Baton Rouge agree that what Kelly did to his players was pretty terrible, even if it was for a big old bag of cash that they wouldn’t turn down either.

Emmanuel Acho talked about being sympathetic to Notre Dame earlier this week.

We still don’t know if anything of this will matter. A lot has to go right for Notre Dame today to make it into the playoffs, but earlier this week, the media talked about how the Irish might get dinged by the committee for not having a coach. As the week ends and the Irish have a coach who everyone is seeing be universally loved and approved of by the Irish players, the narrative has shifted to ‘hey, wouldn’t it be fun for Notre Dame to make the playoffs and win to spite the guy that just left them.’

What a world we’re living in right now. 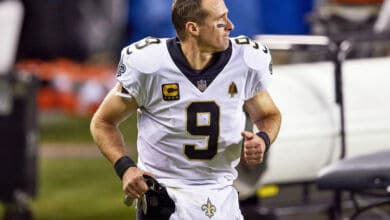 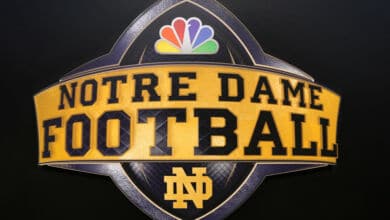