National Signing Day was less than a week ago and while Notre Dame is already in full on class of 2018 mode, there’s a still a lot of time to kill between now and spring football to look back at some of the young men who are now officially members of the Fighting Irish.  A little over a week ago, one of them – linebacker David Adams -released his senior season highlights and they are well worth a watch.

Adams was a consensus 4-star recruit until Rivals dropped him to 3-stars following the Under Amrour All-American practices and bowl game.  Adams still had a monster senior season even though he played banged up all season long and may need off-season surgery after suffering a partial tear of the ulnar collateral ligament.  In week one of his season.  Yeah, Adams played with an injured elbow all season long and potentially delayed surgery until after the All-American Bowl.  He was to met with a doctor after the game to determine if he needed the surgery.

Regardless of his final star rating, Notre Dame got a good one in Adams and his senior tape makes that clear.  He is a heat-seeking missile at the MIKE position and could have a very, very bright future in Mike Elko’s defense once he fully recovers and gets in the weight room.

Adams was one of three linebackers in this year’s class along with BUCK Drew White and ROVER Jeremiah Owusu.  The group has a wide range of skills and fit very well into the new LB roles in Notre Dame’s defense.

UPDATE: Adams did in fact have surgery on his shoulder and tweeted out that it went well. 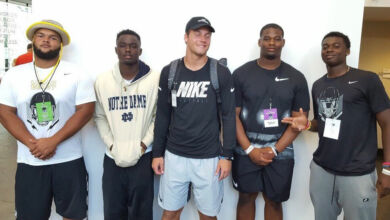 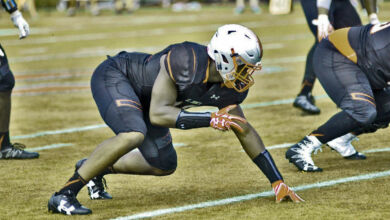 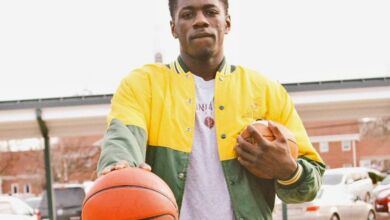 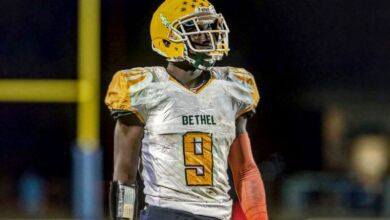