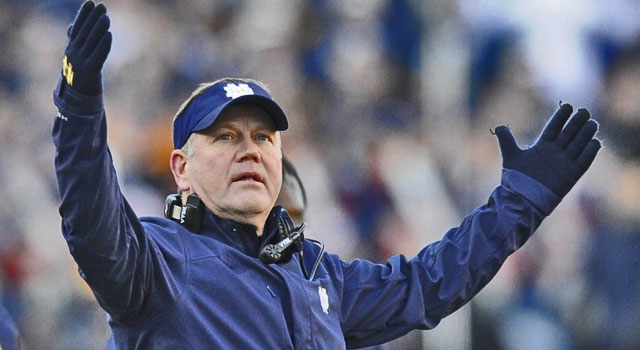 Kyle Brindza had a tough 2014 season, but he capped off his tumultuous season and his career with a game winning 33 yard field goal over LSU to give Notre Dame a 31-28 victory in the 2014 Music City Bowl.

Notre Dame used a clock draining, efficient drive to milk the clock down and set up Brindza with a 33 yard attempt for the win. Prior to the 2014 that would have been considered automatic, but this year Brindza has struggled mightily causing some sweaty palms from Notre Dame fans around the country watching.

Brindza’s kick was true though and the Irish finish the season 8-5 with a bowl victory for the third time in the five seasons under Brian Kelly.