We already posted new Notre Dame quarterback Sam Hartman’s 2021 season highlights. Now here are his highlights from 2022, when he became the all-time leader in touchdown passes in ACC history. He finished his Wake Forest career with 110 touchdowns, breaking the record set by Clemson’s Tajh Boyd.

Hartman tossed 38 touchdowns and 12 INTs in 2022, tied for 5th in the country, in just 12 games. While it was one less than his 39 touchdowns in 2021, he played two fewer games this season. Hartman’s yardage total fell a bit to 3,701 yards, but his yards per game were slightly up. The one big difference for Hartman in 2022 was his rushing touchdowns fell from 11 to 1 as he was used less as a runner. 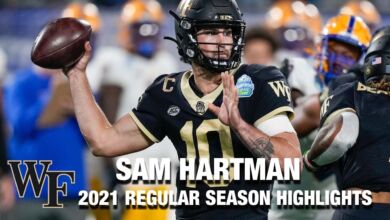 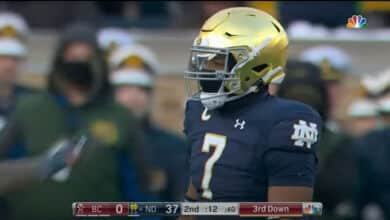 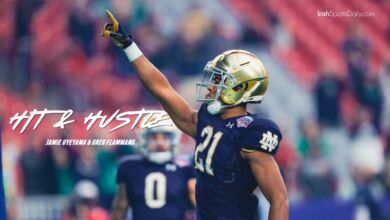