We’re reviving an old column here this season with the return of 5 Things I Liked, and 5 Things I Didn’t Like.   There was a lot to like in Notre Dame’s season opening victory over #14 Michigan so we’re starting with those.  The Irish took down the Wolverines 24-17 last night to pass their first big test of the season with flying colors.

Here’s 5 things I liked from Notre Dame’s season opening win over Michigan that is hopefully a sign of things to come in 2018.

The Notre Dame defense had a lot of great plays last night, but DE Julian Okwara‘s 3rd quarter interception takes home the mantle for play of the night.  How often have you seen a 240 lbs defensive end drop into coverage and intercept a pass 20 yards down field?  Not very often.

What made Okwara’s interception all the more impressive was that he turned around and made the interception right at the sideline.  Not only are there only a handful few defensive ends in the country capable of being in position like that, even fewer also have the coordination to pull in that interception and stay in bounds in the process.

Notre Dame needed a play in a big way in that situation and Okwara delivered.

Brandon Wimbush’s performance last night was just uneven enough that if you were looking for reason for optimism you found it or if you were looking for a reason to call for Ian Book you probably found it too.  Wimbush was far from perfect but he was solid enough.  He led Notre Dame to 21 points on their first three drives and he made some clutch plays along the way.

Putting his stats aside for a minute though, what was most impressive about Wimbush’s performance to me was the toughness he displayed.  I don’t know if Wimbush’s game advanced technically very far just yet, but I can say for certain his game advanced substantially emotionally.

Michigan hit Brandon Wimbush.  They hit him a lot.  And Brandon Wimbush just kept getting up and kept a bit of a swagger to him that we didn’t see often last year.  At least not after the Miami game.  Wimbush’s 3rd and 18 conversion was a prime example.  He had been hit a lot already at that point, but he took off, converted, got hit, popped back up and flipped the ball.

Another example came earlier in the game on a 3rd and 2 where Wimbush took off again and lowered his shoulder to convert.  We’ll learn more about how much Wimbush has really advanced as a passer down the road.  For week one, he passed the toughness test with flying colors.

Notre Dame needed to lean on its defense at times last night and in almost every instance they delivered.  Whether it was registering a sack to knock the Wolverines out of field goal range or making a clutch interceptions like Okwara’s, the Notre Dame defense just kept rising to the occasion.

In a game that never felt all that close, Notre Dame ended up needing their defense to make one final stand.  Not only did they deliver a stop, but they recorded another turnover when Khalid Kareem notched his 2nd sack of the game that jarred the ball loose from Shea Patterson’s hands.

Time and time again last night the Notre Dame defense made clutch plays.  The kind of plays that elite defenses make just when their team’s need them most. 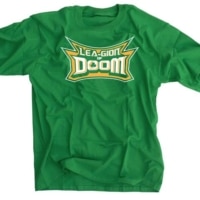 Three first time starters for Notre Dame’s defense turned in stellar performances.  Khalid Kareem was the star of the evening with 2.0 sacks, 2.5 TFL, and 9 tackles overall.  One of those sacks knocked Michigan out of field goal range early on and the second was the game deciding play.  And that was with having to come off the field a couple of times with what appeared to be cramps.

Alohi Gilman had started football games before – just not for Notre Dame.  The Navy transfer lived up to his pre-season hype.  He was all over the field and nearly got ahold of a first half interception. Gilman looked like a veteran out there on Saturday night and his starting debut was very, very encouraging after how bad the Irish safeties were a season ago.

Asmar Bilal’s starting debut might be remembered more for the one play that he missed – a sure sack of Shea Patterson that resulted in a first down scramble – but overall Bilal was very strong in his first game as Notre Dame’s starting ROVER.  I figured Michigan was target him more early on but Bilal held up very well in his first major test as a starting linebacker for Notre Dame.  He ended up with 4 tackles with 1 TFL.

5. How Much Notre Dame Can Build On

Notre Dame won their season opener against the #14 team in the country featuring one of the best defenses in the land but there is still a ton for the coaches to harp on with the players in the film room this week.  The Notre Dame offensive line held up OK against the elite Michigan front, but it also had it’s struggles so Jeff Quinn has plenty to work with the next few weeks.

Brandon Wimbush had his moments too, but he also missed some plays and still has a lot of work to do so Notre Dame OC Chip Long, Brian Kelly, and Tommy Rees have a lot of material to work with as well.

Brian Polian will be the busiest after the special teams breakdowns in coverage and with the uneven performance of Tyler Newsome.

I’d list more, but most of these will be highlighted in detail in my “5 Things I Didn’t Like” column.  The reason for mentioning them here is that Notre Dame has a healthy amount of questions remaining and areas to work on in practice following the opener and that is exactly what you want.  There’s enough on film to correct that the players probably won’t be walking around feeling too good about the win for too long.  But they did so by winning a game against a ranked opponent.  That’s a great season opener.

If you had to guess which Notre Dame wide receiver would make a leaping, 43 yard touchdown catch where he stole the ball away from a defender that looked like they had the inside position, Chris Finke‘s name wouldn’t have been one of your top guesses.  Maybe the 6’4″ Miles Boykin or Chase Claypool.  Or maybe the uber athletic Alize Mack.  Or perhaps freshman Kevin Austin.  No, it was the 5’10” senior slot receiver who did it.

That pass could very easily have been an interception if Finke didn’t make a perfect play on the football.  Instead, it was an Irish touchdown to give Notre Dame a 14-0 lead.

We’ll dive into the 5 things I didn’t like for tomorrow, but for today’s let’s all bask in the glory of beating Michigan again.

5 Things I Liked: Notre Dame’s Offense Had UNC Defense on Its Heels

5 Things I Liked: Struggling to Find Positives in An Inexplicable Notre Dame Loss

5 Things I Liked: Notre Dame Does A lot Right In Loss to Ohio State