The biggest news out of Friday night’s Under Armour All American Game for Notre Dame fans was the commitment of 5-star safety Max Redfield to Notre Dame, but a couple current commitments, Alex Anzalone and Tarean Folston, gave Irish fans reason to smile as well.

Linebacker Alex Anzalone and running back Tarean Folston started for the Black Team in Friday night’s all-star game along with fellow Notre Dame commitment Hunter Bivin and all three gave Notre Dame fans plenty of reason to smile even before Redfield’s commitment.

Anzalone, whose recruiting featured quite a few twists and turns before the Pennsylvania native confirmed his commitment to Notre Dame, started at outside linebacker for the Black Team and was all over the field earning distinction from Rivals.com as one of the most impressive recruits at the game.

Alex Anzalone, ILB, Wyomissing (Pa.): The Notre Dame recruit finished second in tackles for Team Highlight with four and had a pass breakup. One play that stands out is hit in the back of the end zone on Ryan Green to knock the ball loose on what looked like a sure touchdown pass. Anzalone has superb instincts and is always in the right position. After Keith Ford broke a 63-yard kickoff return, Anzalone tracked him down to make a touchdown-saving tackle. He is the type of player coaches love for his effort and dependability.

Anazalone turned some heads earlier in the week by winning the skills competition for linebackers as well.  Some have had concerns about the competition level that Anzalone faced in high school, but that certainly wasn’t a question this week which should quiet any concerns that anyone had about Anzalone as he wraps up his high school career and enrolls at Notre Dame later this month.

Tarean Folston was equally, if not more impressive though, even if he wasn’t listed as one of Rivals’ top performers.  Starting at cornerback instead of his more natural running back position, Folston registered an interception and more than held his own against some of the nation’s best talent at wide receiver.  Folston was recruited by Notre Dame as a running back, but it is never a bad thing to have athletes on the team that can play other position with that much success in a pinch – see the case of one Keivarae Russell this past season as proof of that.

Folston gave Notre Dame fans plenty of reason to be happy earlier this week as well when he committed to Notre Dame during the skills competition to give the Irish a backfield duo like the Irish haven’t seen in a long time – at least not coming in as part of the same class – for some time when he joined Greg Bryant in the Notre Dame backfield.

Speaking of Greg Bryant, Notre Dame fans can get a glimpse of him lining up at running back on Saturday when he takes part in the US Army All American Bowl along with fellow Notre Dame commitments John Montelus, Doug Randolph, Corey Robinson, Steve Elmer, and Jaylon Smith.  Irish fans could have also seen Torii Hunter Jr in the game, but the talented wide receiver suffered a broken femur earlier this week in practice and will be sidelined 6-8 months.

The third Notre Dame starter in the game, Hunter Bivin, started at center for the Black Team and played well throughout the game as well.  Given the graduation of Braxston Cave and lack of experience and depth behind him, that too should be a welcomed sign for Notre Dame fans.

Notre Dame went two for two this week at the Under Armour game with both Folston and Redfield selecting the Irish and giving Brian Kelly and the Notre Dame coaches 23 total commitments in this year’s class with precious few spots remaining to fill between now and National Signing Day.

BCS Preview: Alabama Fighting both the Irish and History 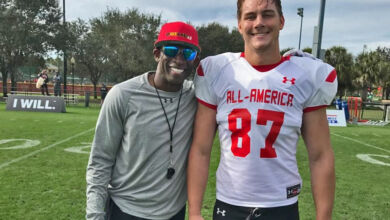 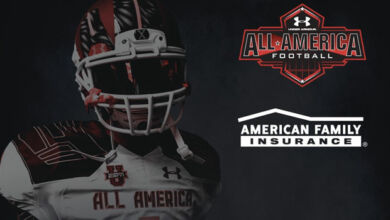