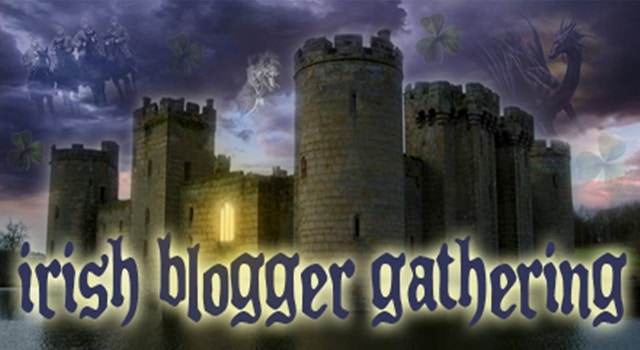 The Irish Blogger Gathering returns after the bye week as we all try to turn our focus to Navy and Notre Dame’s chances of making the playoffs amid the myriad of 1-loss teams.

Here was my question for the group: Many pundits are now saying that Notre Dame will almost certainly be in the playoffs if they win out.  1) Do you agree? and 2) What do you think Notre Dame’s chances of winning out and making that a debate are?

Ryan at Her Loyal Sons –  If you could change one thing about the game this past weekend that didn’t involve a yellow flag, what would it be?

If I could change one thing it would have been the failed 4th and inches that featured a botched quarterback sneak.  At the time I loved the call by Kelly to go for it with the sneak without letting Florida State huddle.  In fact when I saw it was short I was yelling for Kelly to do just that.  The execution, however, was atrocious.  Had the Irish converted there and went on to score things could have ended up differently.

Josh at Subway Domer – It’s a world gone crazy, and i will save the oddball question for another week. Gentlemen… Discuss Tarean Folston and what automobile bests describes him.

Disclaimer, I know very, very little about automobiles.  What I do know about cars is that I always go for an American automaker and usually go for something that has speed so with that in mind I’ll compare Folston to a Dodge Charger.  Folston’s got some power and speed to him but at the same time but up until now he hasn’t exactly been a high mileage vehicle.  That could certainly change as he is staking his claim to be the go to back for Notre Dame, but he still has just one 100 yard performance under his belt.  That game came last year against Navy – perhaps his 2nd 100 yard output is on the horizon this weekend?

Aaron at NDFootball Blog – By now we all know the outcome of the Florida State game, but the main question is, did the loss change your thoughts on Notre Dame’s outlook for the year? If so, how?

I wouldn’t say that the outcome of the game changed my thoughts on the outlook for the season too much.  I thought going in that Notre Dame was going to have a tough battle to get into the playoffs with a loss and while I certainly think it’s still possible for Notre Dame to get there, as we saw with the first CFP Rankings, the Irish have an uphill battle to get there.  The Florida State was Notre Dame’s one chance to really make a statement this year and they were oh so close to doing just that.  As is, with the loss I still think Notre Dame needs a lot of help to get into the playoffs now but luckily there’s a lot of tough games for those ranked ahead of Notre Dame left on the schedule.

Mike at NDNation – It only took one game in 1993 to make BC a “rival” for some people. Did this game change your perception of Florida State vis-à-vis their position in our pantheon of opponents? If so, how?

I felt like Notre Dame already had as much of a rivalry as one could have against a team they’ve faced fewer than times with Florida State already.  That said I wouldn’t list Florida State as one of the top 5 rivalries for Notre Dame even after that thriller.  Every time the two teams play it’s going to be a big game just as say every time Notre Dame plays a team like Texas – another tradition power that Notre Dame has had some great, historic games with in the past.