From time to time Brian Kelly likes to give a player a chance to end practice early by making a play or nailing a pressure kick.  Saturday he gave senior linebacker James Onwualu the opportunity to end practice early if he could successfully field a punt.  The senior and likely captain nailed it.

While Onwualu successfully fielded the punt, he didn’t stay on his feet but still elicited a big celebration from his teammates.

Something tells me that CJ Sanders doesn’t have to worry about Onwualu breathing down his neck anytime soon.  Still, it’s always fun to see the team rally around in situations like this. 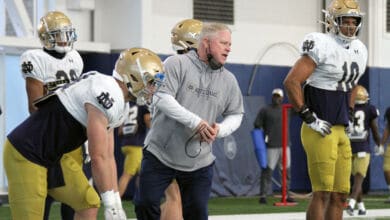 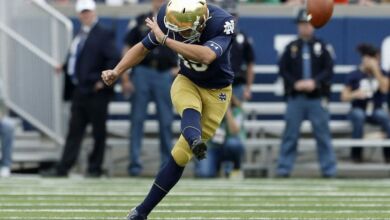 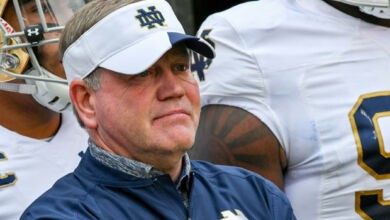 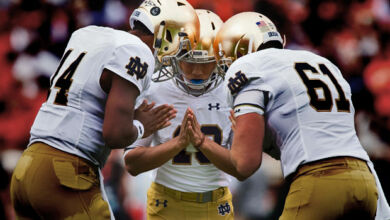