I, like most people, was surprised when Notre Dame opened as such a big underdog to a two-loss Michigan team ranked ten spots lower in the polls that also lost to Notre Dame in 2018 to open the season. What did Vegas know that we didn’t?  Logic suggested that Notre Dame would open as the favorite or, at worst, a slight underdog.  Home teams typically get three points for being the home team.  That means Vegas thought Michigan was a one-point favorite on a neutral field.

The line swinging this much tells us that all of the money is being placed on Notre Dame right now.  A line doesn’t move that much without significant money being placed on the side the line is moving towards.

So here is why I am worried.  Vegas is smarter than us.  A lot smarter than us.  Vegas doesn’t make Notre Dame a four-point underdog unless it expects that kind of line to result in significant cash being bet on Notre Dame.  And Vegas getting what they wanted, in this case, might not be good for Notre Dame.

It’s almost as if Vegas wanted a ton of money to be placed on Notre Dame because it’s confident that Michigan will win this outright.

Could I just be being irrationally worried again?  Perhaps.  But the last time I was worried when most Irish fans felt fine, my worries turned out to be warranted.  Many Notre Dame fans felt the Irish would blow out USC two weeks ago, but something about that game didn’t feel great to me.  Notre Dame ended up needing to hold on to win that one.

Now, Notre Dame has been great against the spread this year (5-1) while Michigan’s been pretty terrible against it for the last two years now.  They are 3-8 against the spread in their previous 11 games.  So again, the odds do appear to favor the Irish in this one.  Still, something about the line moving this much has me worried.

Notre Dame even has some built-in advantages this weekend with a bye week last week and being on fall break this week removing the NCAA mandated 20-hour limit on players’ practice time.  Even with that, I am having a hard time getting past this line.

Hopefully, I am just overly nervous given Notre Dame’s recent history at the Big House – it’s been a downright house of horrors for the Irish.  We’ll know soon enough with kickoff coming in just over 48 hours.  It’ll be interesting to see where the line ends up closing before then.  Maybe it was Vegas’s master plan all along to get the line to swing back to Notre Dame so that a lot of big, late money gets placed on the Wolverines?  Who knows.  All I know is, what Vegas wants, they usually get. 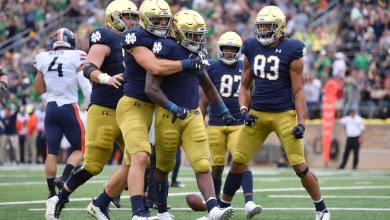 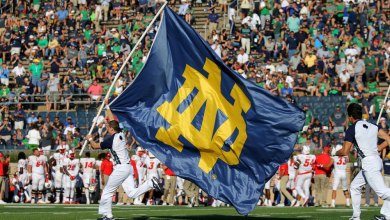 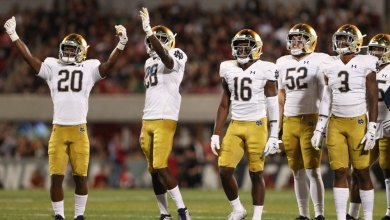 What Thou the Odds: Betting Lines for Notre Dame vs. New Mexico