Unfortunately, schedules did not align for Greg and I to be able to record an episode of Single High this week, but in place of a pod, I solicited some questions from Twitter for a mailbag, and as luck would have it, our followers provided some fun questions for me.

Speaking of our podcast, if you aren’t caught up, catch the latest episodes below, where Greg and I break down which positions will be better or worse across the entire roster in 2022.

Greg and Frank hoped on the podcast machine this week to talk about the biggest news of the Notre Dame off-season – the addition of Wake Forest quarterback Sam Hartman. 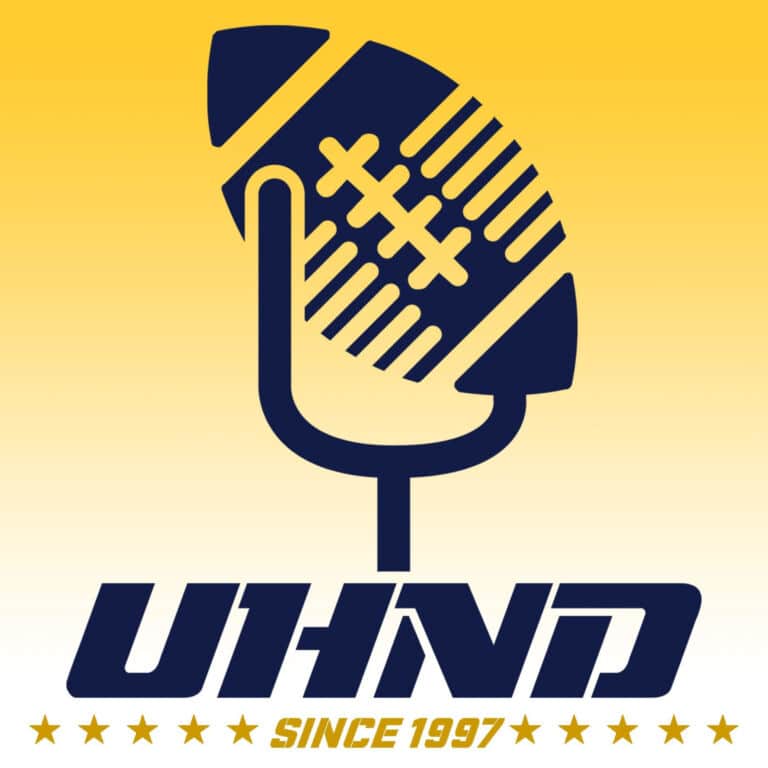 This is a great question, and honestly, I don’t think he does, mainly because of the way his tenure ended and because of how much his ego and bravado just turned so many people completely off once the losses started to mount. When Weis won early in his tenure, people overlooked some of his personality traits that sure enough came to light when he stopped winning.

That said, Weis did do some really good things for the program that were necessary at the time. For instance, when he took over in late 2004, Notre Dame did not allow early enrollment. That changed for Weis’s first complete recruiting cycle at Notre Dame. He pushed for a training table that he never got, but that eventually followed when Brian Kelly came to Notre Dame in 2010.

By no means did Weis do as much for the program as Brian Kelly did, even when you consider he was at Notre Dame for less than half the time because, for all of Kelly’s faults, program building was a strength. Weis, meanwhile, really had no clue how to build a program, and it showed. Still, he did some good things for the program that got overlooked because of how badly everything turned out on and off the field.

As for banana pudding, I might have to go with neither here. I’m just not a big fan. If you don’t listen to the pod, you might be wondering why there is a question about pudding. Well, on the pod, we like to bring up snack talk whenever we can.

Funny – or sadly enough – my first memory of Notre Dame football is Miami’s 3rd and 43 conversion in 1989. Maybe it was the post-traumatic stress of the play, but seven-year-old me remembers that play vividly still. I also remember my mom being super surprised that I was so upset about a football game and my dad being surprised that I realized just how insane it was that Notre Dame allowed that play to happen in the first place.

If you’re a younger fan and unfamiliar with the play I am referencing. Here it is. Notre Dame really allowed Miami to convert a 3rd and 43 from deep within their own territory.

Notre Dame entered this game undefeated and ranked 1st in the country. They lost 27-10 for the only blemish on the season that prevented them from winning back-to-back national titles.

As for the rom coms, not really. The genre is so formulaic at this point that the ones getting produced are all the same at this point. They are, however, great movies for getting work done on UHND because my wife will watch them all and I can barely pay attention yet still somehow know precisely how they will end.

As for palomas over margs, I’d say it’s because they tend to be a lot more refreshing and because you’re less likely to get one that is made with a ton of a super sugary, pre-mixed base.

From reading all the tea leaves and reports on Moore, I don’t get the sense that NIL is really at the center of his recruitment, so I don’t think it helps or hurts Notre Dame’s chances at all. With Moore, it seems like it really will just come down to the on-the-field product and Notre Dame ultimately being able to convince him they can produce an offense that will help him make it to the NFL.

And yes, Obi-Wan episode 3 was excellent. I highly recommend the series to anyone who even remotely enjoys the Star Wars saga.

This is a really fun question and is also a no-brainer. Pre-injury Shaun Crawford was a damn specimen. He arrived on campus in the summer of 2015 and immediately won a starting on as the nickel back over a guy, Matthias Farley, who went on to have a decent career in the NFL. The fact that Crawford was even able to be a factor in 2020 is beyond ridiculous. He suffered three major knee injuries and could still play football at a high level. It is a damn shame for him that injuries robbed him of what might have been a very bright NFL future.

I have already started hyping him up on the podcast, but I think Rylie Mills will be a monster for the Notre Dame defense in the very near future. He just seems like a natural fit at SDE, and in the one game he filled in for Lord Myron last year, he was an absolute menace.

On the offensive side of the ball, Lorenzo Styles is the obvious answer to me here. Styles has high NFL draft pick written all over him. He should be a game wrecker for the Irish offense this fall.

This is a fun one. I’ll refrain from saying Marcus Freeman because that should be a given to this audience. Outside of Freeman, Lane Kiffin immediately came to mind, given he has become such a troll on social media that I feel like he would be a lot of fun to be recruited by.

I think I’d like to be hosted by Mike Leech because that’d probably be a weird, wild visit, but I don’t think I’d want to be recruited by him. It feels like you’d just get some strange, random messages from him at odd times throughout the recruitment.

I know this one was intended for Greg, the president of the Kyle Hamilton fan club, so I’ll channel my inner Greg here and say that the #14 should become a symbolic number at Notre Dame in much the way that the #3 is on offense and only handed out to players who have earned the right to wear it. It should be reserved for exceptional defensive players (since Hamilton was never used on offense) such as Caleb Downs if Notre Dame were lucky enough to pull off that recruitment.

I think I successfully both honored Greg’s adoration for Kyle Hamilton and trolled him simultaneously. So on that note, I’ll wrap this up. Thanks all for the questions!