Notre Dame will look to end a long-time streak of stumbling in big bowl games when they clash with last season’s national champion’s the Ohio State Buckeyes in the Fiesta Bowl.  The Irish will be the healthiest they’ve been in some time with key faces such as Jarron Jones and Durham Smythe returning from long absences.  The Buckeyes are the deepest and most talented team Notre Dame will face this season so it will take a mistake free effort to come out on top.  There are NFL-caliber matchups all over the field with two of college football’s premier programs meeting and the following will go a long way in deciding the game:

In one of the best matchups in all of bowl season Butkus award winner Jaylon Smith will face-off with Ezekiel Elliott.  Elliott can single-handedly take over a game and when the Buckeyes show a commitment to the run and give him his carries he often does.  Smith is an incredible athlete and he will need his instincts to match his athleticism as the Buckeyes try many things to get Elliot into the second level of the defense.  If Smith can hold Elliott below 150 yards rushing it would be a victory for him and the Irish defense.

In another matchup of elite NFL talent left tackle Ronnie Stanley will battle high-level defensive end Joey Bosa.  Bosa has been picked by some to be the number one pick in next year’s NFL draft and is a terror both rushing the passer and stopping the run.  Bosa’s best asset is his relentlessness, he battles to the whistle on every play of the game and is never easy to contain.  Stanley will need to set the tone early when run blocking and be the more physical player from start to finish to prevent Bosa from making big plays.

Will Fuller versus Vonn Bell

The Irish will need a big game from Will Fuller and the Buckeyes will likely try and make another player beat them when they use star safety Vonn Bell as apart of double-teams on the Notre Dame receiver.  Fuller has breakaway speed that makes him a threat to score on every play but Bell is very athletic and savvy and will make it very difficult for Fuller to get open downfield.  If Fuller can make some big plays while attracting attention that opens up the field for the rest of the Irish playmakers it will help DeShone Kizer by making throws easier.

It’s unclear what type of workload Irish running back C.J. Prosise will be able to carry but one thing is for sure, the Irish will need a good game from their running backs.  If the Irish can run the ball they achieve balance on offense and become much more dangerous.  McMillian is one of the best linebackers in college football and will look to make Prosise and Adams earn their yards and avoid the big chunk runs that the Irish backs were able to make a habit of this season.

Brian Kelly has Notre Dame on the Brink (Again) 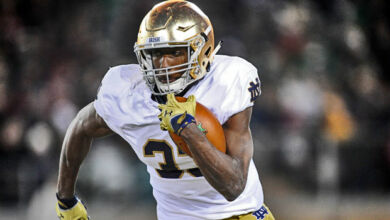 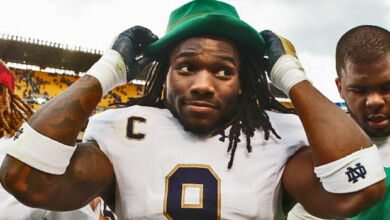 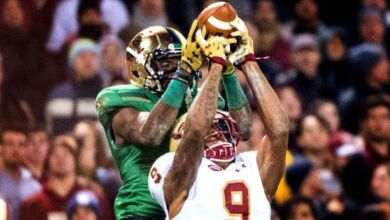 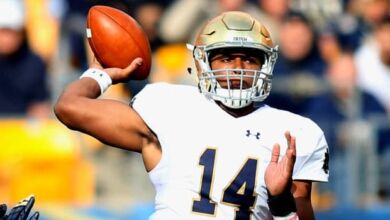