The first domino fell yesterday in what figures to be a total shakeup of the 2020 college football season.  The Big 10 announced it will only play a 10-game conference schedule in 2020 because of the ongoing pandemic.  Short term, that canceled the long-awaited Notre Dame – Wisconsin game in Lambeau.  A bit longer term, though, it could also mean that an ACC-only, if any, schedule is in the cards for Notre Dame.

The Big 10 isn’t going to be the only major conference to do this.  The Pac 12 has been rumored to be considering such a move since April. The ACC is close to making this move as well.  The good news for Notre Dame there is that if the ACC goes conference only, their plans will include Notre Dame.

#ACC commissioner John Swofford has said that if league adopts an all-conference football schedule for 2020, Notre Dame likely will be in mix. Irish already have six ACC opponents on docket.

Notre Dame already has six games scheduled with ACC teams in 2020, including one of the biggest games in all of college football in 2020 versus Clemson at Notre Dame Stadium in November.  The other five games already scheduled include Wake Forest, Georgia Tech, Pitt, Duke, and Louisville.

If the Pac 12 goes conference-only too (and they will), the Stanford and USC games are lost.  That would leave Notre Dame with nine games left – the six against the ACC, Navy, Western Michigan, and Arkansas.  Of those three, Notre Dame will almost certainly want to try and salvage the Navy game given the history there.

Notre Dame won’t have a whole lot of leverage if the ACC requests that they only play ACC teams to accommodate them in 2020.  And why wouldn’t the ACC?  If they are playing only conference games and helping Notre Dame, it’s logical they would want Notre Dame to do the same.

Here’s the thing, though.  The way this is trending, it probably won’t matter because, with each passing day, a college football season in 2020 becomes more and more unlikely.  The move to “conference-only” schedules is a bandaid solution at best.  Notre Dame is closer to almost every Big 10 school than Big 10 member Maryland. So what safety precautions does the Big 10 gain there?  None.

If more universities move to online courses for the fall, forget about it. There won’t be any games in 2020.

If there is a season though, and Notre Dame ends up playing an ACC only schedule, the slate of games would still be pretty good.  Notre Dame would likely keep the six ACC games it has already as scheduled.  It would then be in both the ACC and Notre Dame’s best interest to make the other four games as attractive as possible for TV ratings since there won’t be many, if any, fans in the stands if there are any games.

Among other ACC schools that would make for exciting matchups in a theoretical ten game schedule, there’s historical “rival” Boston College, Florida State, and Miami that all make logical sense given the history between Notre Dame and those programs.  Notre Dame already plays the Seminoles in 2021, but not Boston College or Miami.  NC State could make for an intriguing game with Notre Dame adding grad transfer corner Nick McCloud from the Wolfpack.  They aren’t on the 2021 schedule either.

Jack Swarbrick said in the spring he’d be on board for a conference only plus one arrangement for the fall.  Perhaps the ACC, Big 12, and SEC adopt such a plan.  That would allow them to maintain some traditional non-conference rivalries in 2020 and maintain more control over travel.  That is something the Big 10 lost by going conference only, and does it make sense for Iowa and Iowa State not to play when Iowa is scheduled to travel to Happy Valley to play Penn State?  Not really.

A nine plus one arrangement would potentially make room for Notre Dame to add just three ACC opponents and keep one of the three non-ACC opponents left – Navy, Arkansas, or Western Michigan.  Again, of those three, I can’t see any scenario in which Notre Dame picks keeping the Arkansas game over Navy as long as Navy intends on having a season in 2020.

Again, this speculation is all likely for naught.  It’s becoming harder and harder to see there being a college football season in 2020.  There is always the money factor as the great equalizer in all of this, though.  The amount of money that figures to be lost by all of these universities if there is no football this year is staggering.  That is why every conference and university will do everything that they can to salvage the season.

There’ll be more dominoes to fall in all of this over the next few days and weeks.  If the season does get canceled, it’s not going to happen until the last possible second, so there’ll be many more weeks of speculation and developments. 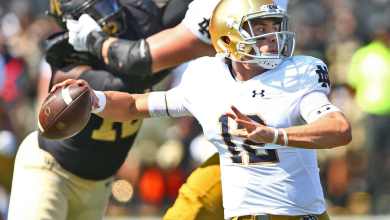 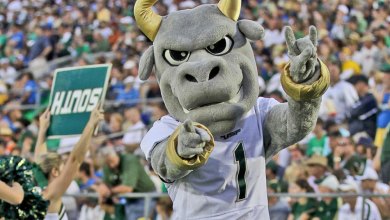 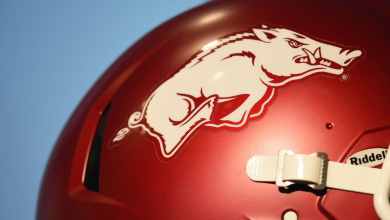