Last weekend in the early fourth quarter, it looked like the next chapter in the book of Ian as Notre Dame quarterback was going to end similarly to how many others had before – close but just not quite good enough. As Book fumbled into the Clemson endzone, it looked bleak for Book and the Irish. We all know what happened next. Well, this weekend, the Irish gunslinger has another opportunity to rewrite his story when he faces off against his former understudy, Phil Jurkovec.

When Phil Jurkovec transferred to Boston College in the spring, Notre Dame fans’ eyes looked towards a future showdown between Jurkovec and Notre Dame. The upheaval of the 2020 schedule because of the COVID-19 crisis, however, accelerated that matchup to this Saturday. In the process, the schedule shuffling allowed Notre Dame fans to see the quarterback they have vs. the quarterback they thought they’d have for the next few years.

By his standards, Ian Book struggled to start the season while Jurkovec had moments that showed why he was so highly rated as a recruit a few years ago. The chatter on Twitter and forums began. Why did Notre Dame let Phil Jurkovec leave just to keep Ian Book?

That chatter only intensified as Jurkovec turned in a few solid performances. A 358 yard, 3-touchdown performance in an overtime win against Pitt. A near-upset of Clemson two weeks ago had that chatter reach a roar. Now, there have been bumps on the road for Jurkovec as well. Against Virginia Tech, he tossed two interceptions and two touchdowns in a 40-14 loss on the road.

Ian Book isn’t putting up the same passing totals he did a year ago when he tossed 33 touchdowns to just six interceptions on the season. Still, he changed the trajectory of his season – and his Notre Dame career – last weekend with one 91-yard drive in the final 90 seconds of regulation. That is the drive that Notre Dame fans will now think of when they think of Ian Bok in the future.

Despite the heroics last week, there will still be fans who undoubtedly will complain if Jurkovec’s stats look better than Book’s this weekend or if the Irish struggle at all against their former backup quarterback. Book has the chance to silence those doubters once again this weekend, though, by outperforming Jurkovec and making sure the Irish don’t suffer the same fate of previous undefeated Notre Dame teams who have fallen to lesser-talent Boston College teams in the past.

Book doesn’t need to throw for 400 yards and five touchdowns this weekend, but if he leads Notre Dame to a comfortable win while throwing the ball as he did against Clemson, the subsection of fans still pinning for Jurkovec should die down even more.

Last year against Boston College, Book tossed three touchdowns with 239 yards while adding another 66 yards rushing. After what we saw against Clemson, there is no reason to think that Book couldn’t improve on those numbers even with a wide receiving corps that is still banged up. Braden Lenzy will miss his third consecutive game tomorrow with a hamstring injury that he reaggravated against Pittsburgh last month. After what Book pulled last weekend, part of me hopes that Tommy Ress dials up a few more passes than maybe he would usually this weekend to make sure his quarterback has himself a day. The coaching staff and players have said all the right things this week, but Rees knows the narrative that exists of Book squaring off against his former backup.

After beating Clemson last weekend, Ian Book doesn’t have to throw for 400+ yards and 5 touchdowns this weekend to prove anything to anyone. If Book is merely solid and Notre Dame wins easily, that’s all the Irish need to keep marching towards their goal. Considering some of the adversity that Book’s overcome, anyone rooting for Ian Book has to be hoping that another outburst from him like we saw against Clemson or Pitt.

Frankie V's Prediction: Will Notre Dame Football Learn from Its Past? 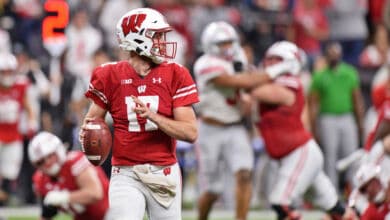 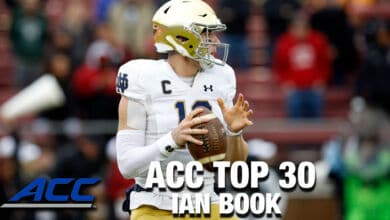 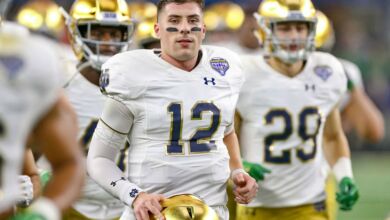