Notre Dame officially has a running back in its 2021 recruiting class. Audric Estime, the New Jersey player of the year, officially signed his letter of intent minutes ago as the latest member of the ‘21 class. It’s been a long journey for Notre Dame to secure a running back, but they finally have, and it was worth the wait. Estime is a big-time back for the Irish.

Notre Dame only offered Estime on Monday of this week after a long courtship following his September pledge to Michigan State. That offer was the one he was waiting for, and after a few days of thinking it over, Estime decided to sign with Notre Dame – the first of hopefully two running backs in this year’s class.

Don’t let the late offer fool you. Estime is a big-time talent. He is a composite 4-star running back ranked #244 overall in the 247 Composite rankings. He is also a running back on the rise after a monster senior season terrorizing some of the elite programs in the state of New Jersey. Estime racked up over 1,800 yards this fall in a shortened season while playing against programs like Don Bosco, St. Peter’s Prep, and Bergen Catholic – programs with long histories of producing Division 1 and NFL talent.

At 6-1, 215 lbs, Estime is already the biggest running back on the Notre Dame roster and could immediately impact the Irish next fall as a short-yardage and goalline back. Kyren Williams has been phenomenal in those situations this fall but is still on the smaller side. C’bo Flemister has provided support in short-yardage situations as well, but Estime could challenge for playing time in those spots as well. At worst, Estime provides depth the Irish didn’t have in the role of short-yardage back.

Notre Dame hasn’t signed a back in Estime’s mold since Tony Jones Jr a few years back. Since then, the Irish have primarily signed smaller, more compact backs. Estime is not that. He is a load in the open field, and he has great speed for a back of his size.

Notre Dame is still looking to add one more running back in this cycle primarily because this is the current RB room:

That is not a lot of depth, and it shouldn’t surprise anyone if Williams leaves for the NFL after next year or if Flemister were to pursue a grad-transfer route at some point if he isn’t in line to be the starter. That is just how college football works these days. This is NOT to say that either of those situations, but a smart staff plans for those kinds of contingencies. That’s why getting another back is crucial for Notre Dame.

That second back could still be Logan Diggs, who committed to Notre Dame in the summer, but like Estime had a late offer throw his recruiting back into flux. In Diggs’s case, it was home-state LSU. Diggs announced earlier this week that he would be waiting until the February signing day, so Notre Dame has some time to get Diggs back in the fold. If they can’t, expect a full-court press on Byron Caldwell out of California or for the Irish to expand their board next month. 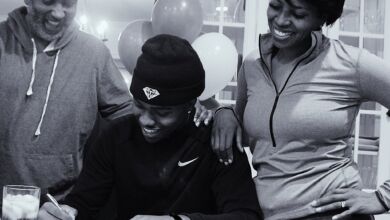 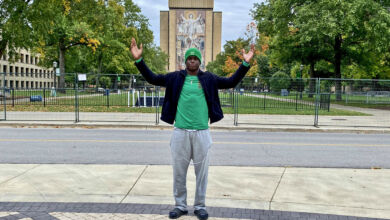